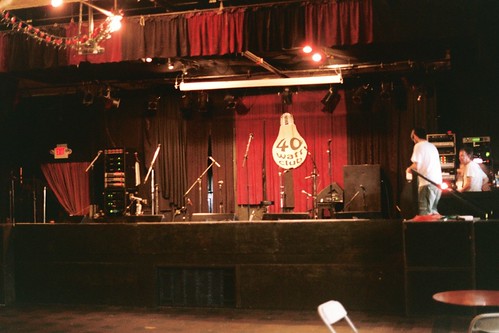 {a rare Popfest sight – an empty 40 Watt, by Rich Guiterrez}

I’ve said it before and I’ll say it again, Athens Popfest is always the best week of the year for indie pop nerds, and this year was no exception. Think five days straight of raging shows, surrounded by so many old and new favorite bands and your “camp buddies” you only see once a year + 100 (or more) degree heat and southern humidity + cheap booze + insane nerdery. All I can really say is that it was epic, for so many reasons. Here are a few highlights.

Top five favorite bands:
1. Go Sailor
There was kind of no way that this wasn’t going to be my favorite, as I’m a die hard Go Sailor fan, but their set was amplified by me and about 20 other die hard Go Sailor fans screaming along every word to every song. You just can’t buy that kind of camaraderie and sense of community. At that moment, Go Sailor were our Beatles. We spent the whole set singing specific favorite lyrics to each other and jumping up and down and dancing our asses off. I consequently spent the rest of popfest without a voice. It was totally worth it. Their whole set was recorded and is on youtube, but here’s my favorite song of the set “A Fine Day For Sailing”. (That’s us in the background.)
[video:http://www.youtube.com/watch?v=2hiS0ld3fWI] 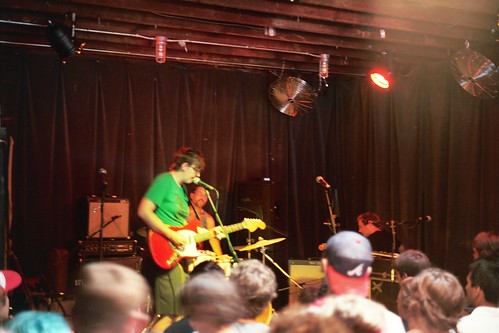 OK, I’m cheating here by combining two bands into one, but there was something so powerful about watching their sets back to back. Your Heart Breaks and Theo of Nana Grizol had spent a week touring around Florida prior to their popfest set, and had worked out something called “The Family Band”, of members of YHB, Nana Grizol, Defiance, OH, and Madeline all playing each others songs. The Your Heart Breaks set ended with members of the Family Band coming on stage to play on a few songs, including “Torrey Pines” (check it out on our last podcast) and a new song about Samantha Jane Dorsett, the founder of Plan-it X Records and a friend of Clyde from YHB, who was a transgender woman who tragically committed suicide last year. The song ends in a refrain of “all we got is each other/all punks got/is each other“. Needless to say, I was in tears. Then Nana Grizol stepped on stage more revved up than I’ve ever seen them, kicking into “Blackbox” at a record speed. Like before at Go Sailor, all the hardcore NG fans were up front screaming along to Theo Hilton’s ever-so-powerful lyrics. Theo talked a lot about community and your friends and how sometimes the town you live in and love can get to you, and as someone who’s making a life changing move (to Athens!), I got a bit teary-eyed, again. After the intense amount of sweat and tears from that afternoon show, I couldn’t have been happier to walk out into a torrential downpour, completing the cathartic circle of cleansing.

3. International Waters
Remember when Voxtrot was great? And how they spread the joy of jangly indie pop to the masses? Well, it’s apparent that the best part of Voxtrot was their two guitar players, as they have started a new band called International Waters, and I have to say, they’re even better than their predecessor. Combining perfect guitar tone, just a dash of sugary female vocals and some seriously energetic jangle, International Waters were my biggest popfest surprise. The second they said they had a 7″, and that a few copies of the 7″ had a burned CD of their new 10″ not quite back from the pressing plant, I booked it back to the merch table just to make sure I could snag one of those few copies (it’s definitely a sport in the popfest olympics). Keep an eye on them – they’ll be making a splash soon enough. 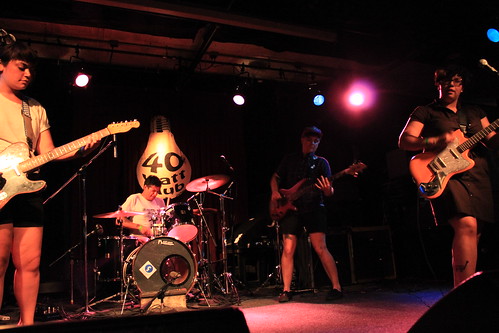 {photo by Daniella Maria Echeverria}
I’ve been a fan of this band since last San Francisco popfest when they blew me away with their Tiger Trap-esque perfect indie pop punk and swooning boy girl vocals, and this was by far the best show I’ve ever seen them play. They are living proof that hardcore drummers should also always also be in indie pop bands (for the love of god there needs to be more bands like this!). For a band that is heavily influenced by Rose Melberg’s louder endeavors, you could tell they were nervous to be opening up for Go Sailor (conflict of interest note – I danced my ass off with the members of Sourpatch during Go Sailor’s set), but they channeled their nervous energy perfectly to produce a little slice of indie pop heaven.

5. The Wedding Present
Again – no surprise here. They played exactly the same set they played in Seattle (even “Corduroy” and the same new songs), but I still felt exactly the same feeling of excitement, and maybe even more, when they kicked into the opening chords of “Brassneck”. After the high of Go Sailor (they played directly after them), I was so amped up on indie pop and life in general, that I spent the entire Bizarro portion of the set jumping up and down and screaming along, dancing with friends from near and far, and generally continuing what popfest is all about – being surrounded by people that get you and understand why you dedicate your life to loving what you do, and for one week out of the year, feeling at home in such a spread out community.

A few more photos of favorites for good measure: 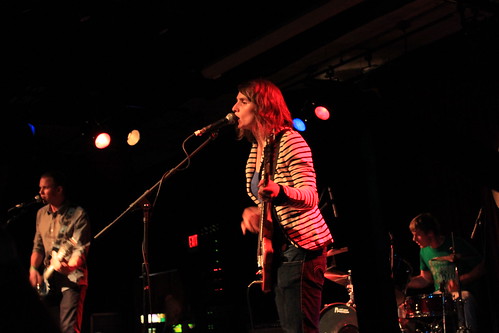 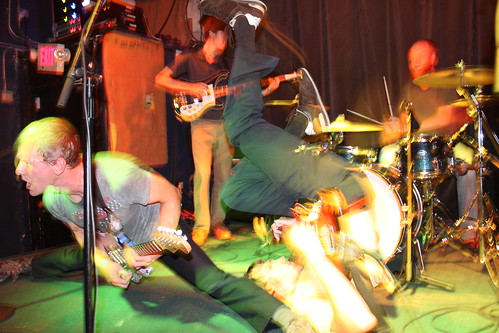