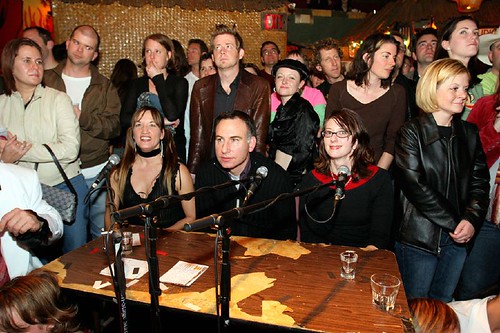 The event is hosted with by a long list of local luminaries (including but not limited to Krist Novoselic, Gene Stout, and Kyla Fairchild) who have gathered a exceptionally fine line-up of guests to take the stage:

The show starts at 8p and it only takes a suggested general admission donation of $25 to get through the door. Three of the many reasons to support Dow, a strong supporter of all things Seattle music "scene":

If you're looking for something else, check out the other things on the TIG calendar: