By ChrisB on December 6, 2007 in Live Show Review, Voxtrot

When watching Voxtrot play on Tuesday night at Neumo’s, I couldn’t figure out what kind of band they are. I’m not even sure if they know, either.

That’s not a bad thing, but throughout their set I noticed influences like the Smiths (the obvious starting point, but singer Ramesh Srivastava made no endorsements of the Minutemen Project from the stage), Bruce Springsteen, Belle and Sebastian and after a few consecutive, mopey, piano-based numbers I wrote in my notepad, “burn the Billy Joel records, dude!” On their self-titled debut, most of the tracks are mellow and more generic, paint-by-the-numbers indie rock but live their songs are more upbeat and rockin’ – definitely trying to get some movement out of the crowd, when they wanted to.

Last time Voxtrot played in Seattle, they opened for the Arctic Monkeys and were one of the most underwhelming opening acts I’ve seen in years. They weren’t bad, per say, but were swallowed whole by the expansive Paramount Theater. The ballroom has a tendency to chew up lesser bands and spit them out accordingly, and Voxtrot was no exception. They played like they were chained to the stage and treated each song like it was a challenge they were desperate to get through. Mercifully, it was over after half an hour. There were flashes of brilliance thrown in, but they were few and fleeting that night. Yet, I was intrigued enough to want to see them play again in a more favorable setting. 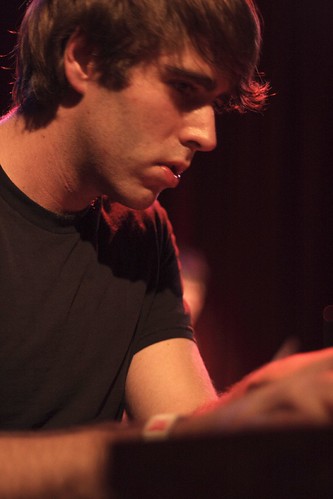 Neumo’s, a much smaller venue to be sure, was much more to their liking and comfort zone. They broke out of their shoe-gaze tendencies early and often. The band was relaxed and confident, obviously playing to their own fan base and not the Arctic Monkeys’ crowd. When they played upbeat indie pop songs the guitarists bounced up and down – and so did several people in front of the stage. The crowd was initially difficult to gauge. When the Austin five-piece played “Firecracker,” arguably the band’s catchiest song. No one was singing along and most people watched with rapt attention. I wasn’t quite sure if they were indifferent, tired, or enthralled. I eventually assumed the latter because when a large contingency of fans were reluctant to see the band leave, even after Srivastava’s solo, acoustic encore and even though it was pushing 1am on a Tuesday night and had been on stage for around an hour. Surely it was a very late night for most people who had school or work (too) early the next morning.

I was unsure how many people would stick around for Voxtrot, but Neumo’s was pretty crowded by the time they took to the stage at 11:45. Local openers Math and Physics Club and Tullycraft drew very impressive crowds – with the floor nearly filled for both bands. I remarked to a friend that I didn’t recall seeing a crowd in that place as large as the one that gathered for MAPC for the first band on a Tuesday night. Tullycraft kept the same large crowd but a mass exodus occurred for the third band, the much darker (and far less interesting) Division Day, with less than half of Neumo’s filled with people watching the band. I’m sure there were many in the quieter Moe Bar or outside catching up on their nicotine withdrawals, but most returned for Voxtrot.

I can’t say it was a great show but it was definitely enjoyable throughout. Of course, it was 180 degrees better than the last show Voxtrot played in Seattle. Getting through the next morning at work was difficult – even requiring an energy drink before I logged in to begin my day (which is pretty rare for this non-coffee drinker) but I also can’t say it wasn’t worth it. 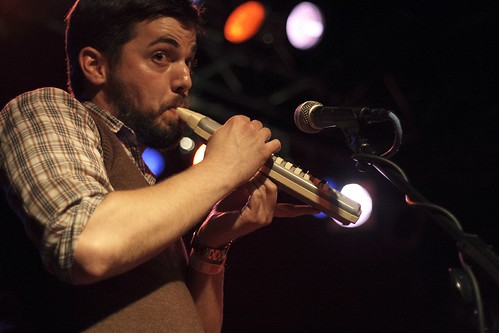 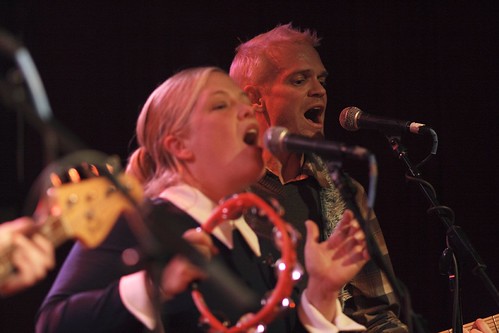 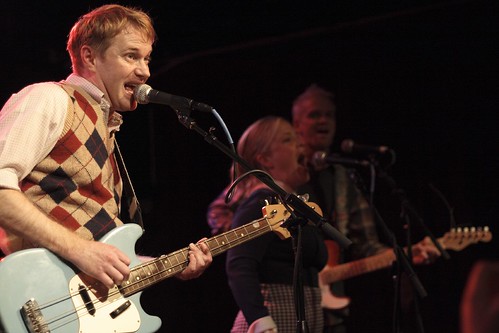 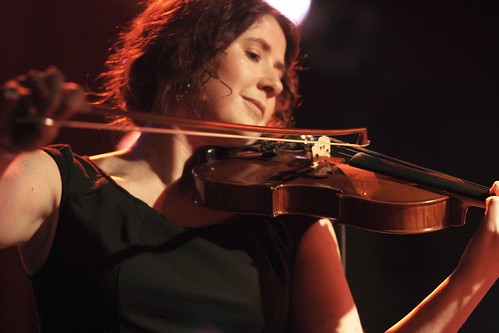 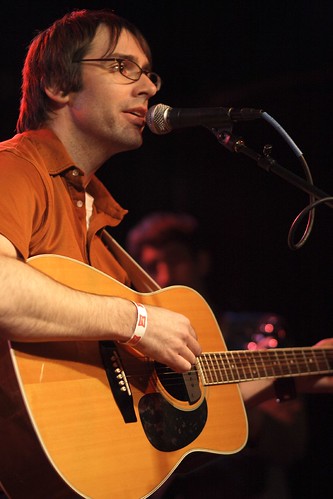 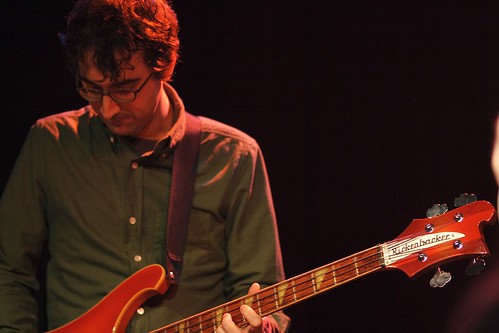