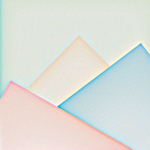 Oh You're So Silent Jens

More from the Swedish Pop Renaissance. Jens Lekman doesn't sound like the Legends or Acid House Kings, but he has a mysterious charm of his own unlike anything going these days, or most others. You think you know what you're getting here, after you've heard a couple of pleasant songs, sparse piano or guitar backing a sweet, non-threateningly warm baritone, a touch of strings here and there; a nice mild pop record — didn't they call this "orch pop" a few years ago? But that wasn't as wide-ranging as this. Jens throws you off with a lyrical joke, a quirk in the arrangement, a barely-heard instrument, an unexpected sample, and you've gone 'round another corner entirely. And you're riveted. Jens is a very sexy man, fantastically captivating in an subtle, offhand Jonathan Richman way; and his songs, all of which seem to start "I knew this girl once, she was very something-or-other," a bit diffident, soon reveal more complicated innards. It might have something to do with Sweden itself, with its long summer nights to seduce you, all clear-eyed and open and speaking better English than we do, but then the clouds roll in and it gets dark and there's nine months of winter.

Jens has already made a pretty significant mark with last year's When I Said I Wanted To Be Your Dog, with its massively arranged "You Are The Light" — Number One in Sweden, and should have been everywhere, and would have been if it had come out in 1963. But this album is more consistent. All of his recorded output is in the quaintly old-fashioned form of single tracks or sessions, preferably released and heard on EPs, not albums; Oh You're So Silent, Jens is in fact a compilation of three of them, the three released in America on Secretly Canadian. There're also a few odds and ends, and odds and ends really define the Jens Lekman experience. I first heard him on a bootleg MP3 of "Black Cab," which is still the best party dance track I've heard in a long time, that someone brought back after seeing him in the woods behind the 2003 Emmaboda Festival, where with just an out-of-tune guitar through a battery amp he blew the doors off the big-name acts on the real stages across the road (you can hear a recording of it online at the usual places; it's worth seeking out, for the exuberance of it); and some of his most interesting songs are just floating around the internet somewhere, or stacked up on his web collection At the Department of Forgotten Songs.

What does Jens Lekman sound like? Listening to his new album is going to the bathroom and finding Frank Sinatra there, singing in your shower. One minute he's the strolling troubador strumming his ukelele and crooning absent-mindedly as he shoulders his way through the crowd, and the next he's opened his guitar case and pulled out an orchestra, with choreographed trumpet parts that rival any of the arrangements by Burt Bacharach or Paul Williams. Look him up, kids. Jens' a crooner; he's cute and slight in a way that makes you wonder where the big voice comes from; he sounds a bit like Ben Watt from Everything But The Girl (listen to "The Night I Heard Caruso Sing" on Idlewild to see what I mean), only with an adorable Swedish accent. And the big voice isn't just showing off; the songs are sparkly and inventive, every one of them. The arrangements never get in the way; in fact, it's interesting how they never quite fade away entirely; you can listen to some of them several times before you realize, hey, there's a harpsichord on there — in fact there's ONLY a harpsichord there…

It's like going to the Picasso museum in Paris, and realizing that he wasn't just a "great painter", yadda yadda, but was innovative in whole areas of creativity that you hadn't even been aware of, and could do so many different kinds of things just with bits of wire that ALONE were more amazing than the frankly pretty limited realm of amazingness exhibited by your average common-or-garden-variety great artist. Not that Jens Lekman is Picasso or anything. Well, maybe he is. He's only 25, and he's got about a hundred irons in the musical fire. It's especially disconcerting to hear so much creativity coming from pop music, which is surely the most ossified art form there is, with infinitely recycled minor variations being constantly rediscovered and celebrated. That's not creativity; this is.

The songs: Soft, mournful piano chords open "At the Department of Forgotten Songs," where we meet our first lovelorn girl of the evening, There will be more soft, mournful chords, and more lovelorn Jens and girls; this is just an amuse-bouche for the more developed flavors that follow. The next song, "Maple Leaves," is from the first EP and brings in more: strings, jazzy guitar, doot-doo-doo backing vocals, and poor Jens sings, "When she said it was all make-believe, I thought she said maple leaves" and leaves us with a sweet resonant Morrissey howl as a TVPs record plays in the background. The mournful piano returns for the opening of "Sky Phenomenon", just piano and voice in a huge room, which starts off like a more-straightforward Stephin Merritt (all Jens Lekman reviews are required by law to cite the Magnetic Fields). But you know you're listening to something else when he jumps out with the line, "It's like someone spilled a beer all over the atmosphere." Yes, it is, and despite being oddly flippant, the image works. So it does a minute later when he laments in the most tragically-inflected voice you've ever heard, "I can't dance the funky chicken."

"Pocketful of Money" adds a few dollops of bass and fake finger-clicks to the piano, but the pace is definitely picking up; you can picture Jens cha-cha-cha-ing down the avenue here. Another surprise comes when he jumps up with a beautifully reaching lilt worthy of early Lloyd Cole, his, "you set my heart on fire" followed immediately by some vintage Calvin basso profundo "I'll come running with a heart on fire" sampled from Beat Happening's "Gravedigger Blues". We hear horns for the first time, and Jens lets his voice crack all to pieces. Up to now these have all been soft songs to listen to sprawled on a sheepskin rug next to the fire, probably after your sweetheart has just run sobbing out into the cold and a waiting cab, but the next song, the one that launched his international career, is different; harpsichord swiped from some sixties bubblegum leads into a bouncy rhythm and a quite infernal single-note guitar hook and, "oh no, god damn, I missed the last tram." "Black Cab" is instantly iconic. Repeat play. Lekman's voice soars on, "take me home, take me ANYWHERE," and then belts out the chorus again. Let's hear it again, shall we? Repeat play.

Jens has impeccable taste in source material; there's more than just Merritt and Richman, fine places to start though those are. Calvin Johnson makes perfect sense too, but for an idea of Jens's mind works you have to look to "Someone to Share My Life With" by the Television Personalities, which is sampled briefly on two songs and then covered as a third, this next song. Jens, a guitar, and tinkling bells make this sweet love song, so perfect when Dan Treacy sings it, all his own. "That someone could be you-oo," would have all the girls at the prom nestling into their dates' shoulders if this was a John Holmes teen movie.

"Rocky Dennis' Farewell Song" (aka
Rocky Dennis' Farewell song to the blind girl") is a little more mysterious, as you might expect, given the mysterious nature of "Rocky Dennis" himself. A funky drone rhythm on top of a shuffle beat, a clavichord tinkle that sounds sampled from somewhere, and smart lyrics about, "Here's white, here's black, here's the color of my heart as it's starting to crack."

Rocky goes to heaven in the next song, an instrumental guitar strum with strings, and then we have "Jens Lekman's Farewell Song to Rocky Dennis", in which he asks not only "where my friend is" but "who my friend is". The only real clue we get is "momma told me I was born a liar", or is it "lie-er"? The song is lovely, and in his peculiar way his singing evokes both Morrissey again, in his less irritating moments, and early-70s Glen Campbell, on whose show I hope he appears on after the time machine gets built.

"Julie" has Jens's sort-of trademark ukulele, but also has weird backing vocals and other sounds that sound like either Buddy Holly or the weirdest Ray Conniff Singers record from the easy-listening bin. "I Saw Her at the Anti War Demonstration" has another of those infernal hooks, which sounds like it was lifted off an early Byrds record, but turns into an easy-going romp, Jens crooning through "the sweet sensation of love." Trumpets, handclaps, and samples from Emmaboda enliven "A Sweet Summer Night on Hammer Hill", aka "Bompa-bompa-bompa-bompa-bompa-bompa-bom", which pretty much demands audience participation. At least clap along if you won't shout. "A Man Walks Into a Bar" is a joke about a joke, and a not-particularly-sad lament, with terrific whistling. One pictures Jens (or maybe Rocky-this character "smoked all your father's expensive cigars") with a sweater thrown over his shoulder like Perry Como. A harmonica takes its cue and adds some more campfire warmth — but there are tremendous songsmith touches with the almost-invisible strings that bely the apparent simplicity. Rocky walks away into the darkened wings more like Frank Sinatra than Perry after all. After an almost a capella return to Hammer Hill-audibly fake crickets chirping, deeply bowed string bass and creepy lyrics about a girl getting burned with a cigarette lighter suggest that chirping beauty isn't ailwll to be found there. So does the next song, my favorite on the record after "Black Cab" — "F-Word." Muted fake-jazz, with a great rolling drumbeat, with strong intent backing vocals echoing Jens's, "F-word, f-word, pardon my French, but it's BS, BS, can't you feel the stench." And the fake crickets from the previous song are still chirping. This one is dark and real; his voice cracks around the cello, and he steps agilely through some complicated vocal steps. The beauty of these arrangements is the amount of song that gets shaped with so few notes, so few sounds.

The next number "Wrong Hands" is a crazy calypso, a little symphony with dancing viols, wood blocks, tooming bass, some Herb Albert mariachi touches, a Partridge Family tambourine, and more agile spotlight crooning: "I just don't want to see good love fall into the wrong hands." The album winds up with a different version of "Maple Leaves", off the original Scandinavian 7-inch, which I like maybe even better, for the huge strummy guitar and more naked vocal; the production is a lot rougher but more lively. I can't imagine anyone releasing a record that sounded like this even five years ago, but now it's a tonic. Try it with lime.