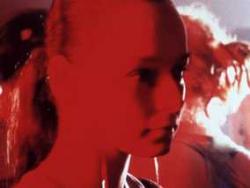 On a fairly recent two-day Scotland jaunt (one leg of a larger UK excursion) I had the pleasure of visiting Glasgow for the first time. I marveled at Mackintosh architecture, enjoyed strong-ass pub ale, lingered in the effervescent city centre, ate decadent toffee pudding, canoodled with an indigenous lad who called me "poodgy" and asked what it was like to live in the most hated nation on Earth…

I love me some Glasgow. And I love me some Lynne Ramsay, acclaimed Glaswegian director of 1999's bewitching Ratcatcher and last year's buzz-heavy Morvern Callar. The new film is taking its sweet fookin' time getting a Seattle release, and as my neighbor igLiz (and the piles of promotional material I've thrust upon her) can attest, I've been looking forward to it for months.

Now a local release is imminent at last (a limited one-week run begins March 28 at the Varsity), and I've finally been able to sneak a peek. It was definitely worth the wait.

"Am I going to be able to understand what they're saying?" asked Invisible Telle with a roll of the eyes moments before the screening began. "Uh, no," I replied, recalling how much of my conversations with Scottish locals consisted of me saying "Huh?"

"Oh for fuck's sake," she grinningly groused. "Actually," I countered, "It's pronounced fuh fook's sehk." (We subsequently roared at a scene in which this expression was echoed by Morvern when a none-too-bright American character repeatedly failed to correctly pronounce her name.)

It's fabulous Samantha Morton in the titular role — you may remember her as the main pre-cog in Minority Report, or as Sean Penn's mute lover in Sweet and Lowdown. She's always incredible, with her extraordinary range and presence, and here she's utterly nonpareil. Her Morvern awakes on Christmas morning, colorful lights twinkling, to discover that her boyfriend has committed suicide. He's been kind enough to leave her the film's soundtrack (a kick-ass mix tape featuring the likes of Stereolab and Broadcast and The Velvet Underground) and a few set pieces (new jacket, walkman, cigarette lighter) as holiday gifts. He also leaves behind one hell of a MacGuffin — a mysterious novel manuscript — and Morvern promptly claims it as her own work. We never learn a damn thing about the book, not even its title. Not that this matters — it's a device that serves its purpose for our heroine (and for us) impeccably.

After a night of numb holiday revelry (the blinking multi-colored lights follow us everywhere), Morvern and fellow supermarket clerk Lanna (brilliant first-time actress Kathleen McDermott, whose speech patterns gave IT the most trouble) leave gloomy Glasgow for a holiday in sunny Spain. As they party down and bed cute boys (FYI, one gets all-the-way nekkid), Morvern reflects and grieves as lovely music from her interior world filters into the disconcertingly metallic bleed outside her headphones.

And this interior world is the real setting of Morvern Callar. Don't expect a traditional linear narrative, or a movie tied to its script — Ramsay trusts us enough to offer a brave portrait of a private reality. Her small, vibrant directorial touches (an old woman quietly motioning toward a flower — or is she pointing out the window? — for no apparent reason; a Spanish festival so luxuriantly oversaturated that red flowers seem to drip from the screen like fresh blood) brand themselves into one's memory and anchor the seemingly random action. She's a marvelous talent; images from Ratcatcher haunt me to this day. (Let's hope Hollyweird doesn't corrupt her when she adapts Alice Seybold's bestseller The Lovely Bones later this year.)

Morvern Callar is a mesmerizing, stark, unsettling study of the inexplicability of grief. Its Scotland barely holds a trace of the vivacious Glasgow I might recognize — but I love them both.