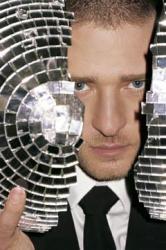 As we walked by what felt like the 25th open parking spot in the lot that was supposedly “full,” my friend and I joked about being transported back in time. Our reasoning was that we wished we could go back to our parking spot – off in some distant field, over which we traipsed in flip-flops – so that we could move the car.

But our time-machine request may have been granted in other ways. Because all throughout the rest of this night, I felt more like I was 15 years old than I had in, well, 15 years.

Blame it on the quickly downed wine-cooler impersonators that we slammed in the car prior to the walk through the field into the Tacoma Dome. And the fact that we were surrounded by gaggles – hordes – of girls (Aside: Walking into the restroom was like entering the girls bathroom between classes in ninth grade – primping gals everywhere, slashing on lipgloss and poufing their hair. I’d estimate that maybe 5% of the crowd were men – if even.). It didn’t hurt that fashion has so boisterously embraced the early 90s (K-Swiss tennies and white plastic hair claw-clips? Baggy jeans with suspenders left dangling at the thighs?), putting me back to where I was when I was 15. And the fact that I was at the Justin Timberlake show with my best friend since middle school was the pink icing.

All of this sets the stage for what turned out to be a totally time warped – and a seriously fun – night.

Justin Timberlake is a true performer. He puts on the kind of polished show that makes me have no problem spending the kind of money I did for the tickets, because it was a true show – dancers, backup singers, a setlist delivered in two parts (including a 15-minute intermission). He can really sing, too, unlike so many modern pop acts. When he expertly hits those falsettos, it’s a dream. And never once did JT sound out of pitch or unrehearsed. To boot, he’s a fleet-footed dancer, a singer, a hell of a pianist, a beatboxer — even a guitar player and keytarist (more on that later). And he’s freaking darling – let us not forget his face, boyish and sexy at once. It’s definitely one you want to see magnified on the big-screens, as at this show.

I’d been kicking myself for not seeing JT the last time he was in town (four years ago, on the Justified tour). I thought I’d missed him at his prime, but now I know I was wrong: Then he’d have had only about 45 minutes or so of material to play, having only one solo album under his belt (and he was co-headlining that show with Xtina, who’d no doubt commanded at least an hour or more for her material). But for this FutureSex/LoveShow tour, we got Timberlake for nearly two hours, his set spanning the gamut of Justified and the recent FutureSex/LoveSounds album (he even threw in an old *NSync song—“Gone”–in a medley of slower tunes). He ran through all the hits off Justified, and nearly all of the material off FutureSex/LoveSounds.

Timberlake has a commanding presence: Performing to a sold out crowd of over 20,000, he’s still able to make each one of us in the audience think he’s singing just to us. The giant cross-shaped stage in the middle of the Dome furthered the sense of intimacy: all sections of the arena had a good view. And Timberlake ran – and I do mean ran, and leapt, and bounded – to each of the four points on the stage relentlessly, never leaving any side of the crowd feeling left out. His sweat-sopped shirt proved just how hard he was working (though he even makes sweat look good…sigh.)

JT’s show was dirtier than I expected, especially for something attended by some young kids. F-bombs punctuated his set, he grinded with stripper-looking dancers, and had a three-way with two other keytar players on “Sexy Ladies” (though that was dirty for other reasons. Three keytars?). During “What Goes Around…Comes Around,” he slunk his handheld cam, turned toward him, lower and lower down his frame; the crowd exploded as it lingered below his (clothed, but still hot) belt. And as he bent his blonde dancer into a toe-touch on “Summer Love,” thrusting her from behind as he sexily implored her to say his name, I felt conflicted: As a teen, I would never have wanted Timberlake to tone down any of his show for my impressionable eyes. But as I near an age where I could legitimately be a parent and tried to put myself in the shoes of some of the ladies there who clearly were mothers, I wondered, what did they think? What would they tell their daughters when Timberlake raised a toast to the crowd, asked us if we were ready to party, and slammed back a shot? To be sure, JT’s “controversial” show is akin to what Madonna did in her prime: Pushing the envelope, showing his own maturity rather than catering to the possibly younger audience. And truth be told, I didn’t see that many “young” kids – most of the crowd were gals in their 20s. Plus it’s probably expected that this show would be more mature than JT’s previous: after all, the record he’s touring in support of is “FutureSex/LoveSounds” and he’s outright told us he’s bringing sexy back. But it still gave me pause.

One odd moment of the night: During the anthemic “Losing my Way,” the giant transparent screens featured a larger-than-life choir singing backups. I thought surely that the real choir members would rise from sub-stage to appear before us, as had the dancers, backup singers, and star throughout the night. But no: this choir was clearly pre-recorded. It would’ve been a lot cooler if they’d been there in real life (and they could’ve joined JT for “Cry Me a River,” too).

A huge highlight of the night was a piano-rendition of “Dick in a Box,” the runaway-hit song from JT’s “SNL” appearance. He joked with the crowd about whether he should brag, then played the song disguised as a ballad (though the audience was quick to call his bluff, singing along heartily). At the conclusion he giddily announced that on this night he’d won the Emmy for “Outstanding Original Music and Lyrics” — he was clearly over the moon about the win, and called our bluff too (“Only in America,” he said, laughing. “You know you watch too much YouTube!”).

The comparisons to JT’s predecessors, including Michael Jackson and Prince, are inevitable – and indisputable. But think how long it’s been since a male pop star has so heavily dominated our world – and deserved it. Timberlake is showing no signs of stopping, and I for one hope he doesn’t anytime soon.

As the show ended and we filed back to our car, ears ringing and bellies aching for some late-night Taco Bell, I couldn’t help but chuckle. I had more fun at this show than I’ve had in years at dingy rock clubs amid pompous hipsters. If indeed a time machine had teleported us back to being silly teenagers, bring it on.

Rock Your Body
Medley: Gone (*NSync); Take It From Here; Last Night
Damn Girl
Summer Love
Losing My Way
Cry Me a River
LoveStoned/I Think She Knows
SexyBack
Dick in a Box
(Another Song) All Over Again