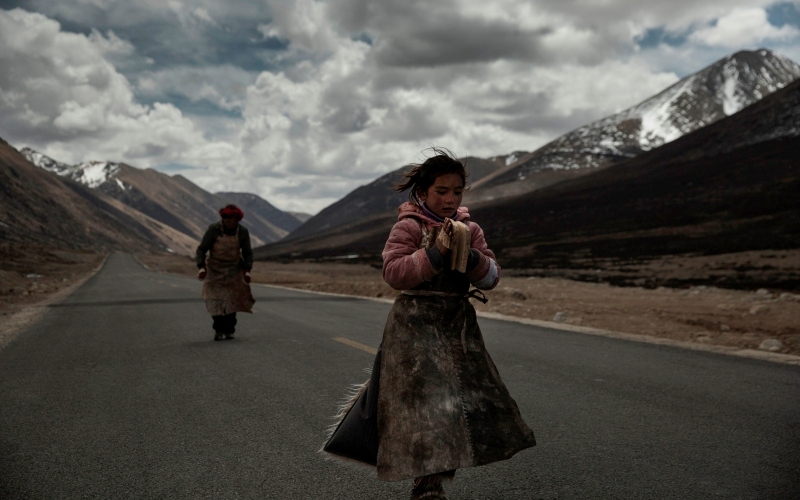 Gritty adolescence, Turkish kitty-cats, and the resurrection of Dawn Wiener are all on tap in your best bets through 6/2.

Kedi
{5/28 3p Uptown; 5/30 12p Uptown}
I’m completely with Amie on this touching and exquisitely beautiful documentary. Cats have had free rein over (and, some may argue, actually ruled) the streets and homes of Istanbul for centuries. Director Ceyda Torun does a great job profiling a variety of cats and the people who interact with them; I challenge even the most ardent feline-phobe not to be moved by their stories.

A Monster with a Thousand Heads
{5/31 9:30p Uptown}
The faceless bureaucracy of the medical insurance industry is tackled head-on in this tight, taut Mexican thriller. After a successful treatment is refused for her terminally ill husband, a woman at the end of her rope takes her teenage son along on a truly wild night in which she fights the system in increasingly ferocious ways. 75 minutes of movie-time have rarely passed so quickly.

Paths of the Soul
{5/26 6:30p Lincoln Square; 5/27 4p Uptown}
Gloriously visual docu-fiction hybrid that follows a group of Tibetan villagers as they brave the elements during an arduous 1200-kilometer “bowing pilgrimage” (on foot, stopping to kneel and bow every few paces) to the holy city of Lhasa. In keeping with the expedition depicted, this is a long film, and the pacing is quite deliberate. But the travelers’ collective act of extreme meditation is deeply moving, and the stunning landscapes ensure the film is never dull. You’ll be glad you took this lovely journey.

Sleeping Giant
{5/30 3:30p Lincoln Square; 5/31 7p Pacific Place; 6/2 4:30p Pacific Place}
Sleeping Giant is the name of a provincial park on the Ontario side of Lake Superior; it’s a routine getaway spot for many families. It’s also the summer-vacation setting for this sobering tale of three early-teen boys — rowdy townie cousins Nate and Riley, and a probably-gay city kid named Adam — testing their limits (and the limits of those around them) with a rebelliousness that often verges on outright stupidity. Yep, this is a gritty-adolescence movie, unsettling to the point of nerve-wracking, executed beautifully. Do not miss it.

Sonita
{5/26 6:30p Uptown; 5/28 1p Lincoln Square; 6/4 3:30p Shoreline}
The titular subject of this compelling, infuriating documentary is a teenage Afghan refugee living in Iran; she aspires to be a rapper, ideally with a fan base slightly larger than the small group of neighborhood kids who’ve memorized her lyrics. Her story takes on a new dimension as her mother surprises everyone — including the filmmakers — by showing up to announce that Sonita’s marriage has been arranged for the sum of $9,000, exactly the amount her brother needs to purchase his own bride. This is an oddly-paced film that really comes to life as the filmmakers become subjects themselves, ultimately acting as advocates for Sonita as she deliberates the next steps of her life path.

Tag
{5/27 midnight Egyptian; 6/2 9:30p Egyptian; 6/7 9:30p Uptown}
Wonderfully batshit Japanese film that begins with a busload of high school girls suffering a collective gruesome demise, save for lone survivor Mitsuko; she’s left in a nightmarish funhouse world of mysterious forces threatening ghoulishness at every turn. But it’s also a world of discovery and heart-tickling rapture, a decidedly feminist coming-of-age pastiche scattered amongst the copious gore. Tag is one of six (!) feature-length films by genre maven Sion Sono released in Japan last year, and I’m glad it eventually made its way to us.

Where Have All the Good Men Gone
{5/31 9p Lincoln Square}
This amazing Danish drama follows a young woman named Sofia and her naïve half-sister Olivia as they exit a truly horrifying life situation to search for Sofia’s biological father. Some may decry the story’s outrageously awful big-bad, but the (far-from-implausible) extremes give way to thrilling surprises in the deeply satisfying third act. Powerful and (in multiple senses of the word) terrific.

Wiener-Dog
{5/29 9:45p Egyptian; 5/30 4p Egyptian}
Director Todd Solondz clearly hasn’t finished with Dawn Wiener, the heroine of 1995’s Welcome to the Dollhouse, whose funeral opens 2004’s Palindromes. Here Dawn is revived in the lovely form of Greta Gerwig, one of several owners of the film’s titular dachshund; others include Julie Delpy, Danny DeVito, and Ellen Burstyn. Their stories are told in four wonderfully angsty and unsettling vignettes (plus one oddly zippy entr’acte), and each little tale is marvelous in its own way. Wiener-Dog is not the auteur’s best work, nor his most transgressive, but it all takes place in Solondz-land, which is generally a very interesting realm to visit.

Disorder
{5/26 9:30p Egyptian; 5/27 4p Lincoln Square}
Matthias Schoenaerts plays a sexy veteran with PTSD hired as a bodyguard for a wealthy man’s sexy wife (Diane Kruger), but don’t get too excited: this thriller is a rare argument in favor of the setup’s expected payoff being preferable to the actual offering. Much of the film takes place in a nebulous narrative space, with plot devices which could explain away many of the second half’s glaring flaws. I call (entertaining) bullshit.

The Final Master
{5/28 6p Uptown; 5/29 6:30p Shoreline; 5/30 5:30p Renton}
“Fist fights are boring,” says one character early in this handsome martial arts flick. “How about knives?” From here a Wing-Chun practitioner in pre-WWII Tianjin makes plans to overcome power struggles between malicious local officials in cahoots with competing martial arts schools. The political story isn’t terribly engaging, though the film has some great period detail, contemporarily rendered. Many of the fight scenes are undeniably thrilling, and there’s absolutely no shortage of taut, sweaty male bodies.

The Free World
{5/30 8:30p Shoreline}
Recently sprung after a lengthy false imprisonment, an animal-shelter worker (sexy Boyd Holbrook) gets tangled in the drama of the troubled wife (Scientologist Elisabeth Moss) of a sociopath cop. The characters’ situations almost excuse the movie flunking the “just call 911” test early on, but unearned third-act events are just not ok. Still the performances are good, Holbrook is total hotness, and there are nicely-done moments of suspense.

A Man Called Ove
{5/28 6:30p Egyptian; 5/29 1:30p Egyptian}
I enjoyed the broad, funny Swedish novel on which this film is based, about a busybody curmudgeon having real problems dealing with a changing world. This adaptation is broader, not as funny, and a bit too long — despite omitting one of the book’s most delightful third-act developments. Still, Ove’s tale is an engaging and relatable one, and a great demonstration of the relative comfort and safety available to working-class citizens in a social democracy.

Morris From America
{6/1 7p Egyptian; 6/2 4:30p Egyptian}
Fun coming-of-age story about the titular 13-year-old (Markees Christmas, in his debut film role), not really loving his situation in Heidelberg, Germany with his single dad (Craig Robinson). Morris finds that he’s an aspiring hip-hop star in a decidedly EDM world, and subsequent fish-out-of-water scenarios are quite amusing. But the narrative requires a few too many leaps of faith, and that’s if you ever manage to buy the setup. Busy Swiss actress Carla Juri is a standout as Morris’s language tutor; their sessions are light on German and heavy on life lessons.

The Olive Tree
{5/29 5p Renton; 6/1 6p Uptown}
A determined young woman named Alma plots a journey from Spain to Germany to retrieve a centuries-old olive tree — sold from the family orchard years prior, but still precious to her ailing grandfather — after she discovers its current nefarious owners. Alma is a tough character to identify with: she’s her own worst enemy, and her hideous haircut is perhaps her second-worst. But the road-trip portion of the story is fun, even when you don’t completely buy the events surrounding it.

Paul à Québec
{US Premiere. 6/2 8p Kirkland; 6/4 11a Egyptian; 6/5 5p Uptown}
This well-rendered but ultimately maudlin adaptation of Michel Rabagliati’s graphic novel The Song of Roland, about a graphic designer and his relationship with his dying father-in-law, is one of those well-meaning movies that are tough to criticize, or indeed to find much fault with at all. I didn’t love it, but if you find yourself in the mood for a protracted end-of-life story, with lots of otherwise happy, white, heterosexual, French-Canadian characters, then by all means grab a packet of Kleenex and go.

Sparrows
{5/29 9:15p Pacific Place; 5/31 4p Uptown}
Normally I’m not one to shy away from tough coming-of-age films (see Sleeping Giant above), but this one is so harshly dour that I’m finding it difficult to fully recommend. It follows a sensitive teen boy named Ari as he (very much against his will) leaves lovely Reykjavik to live with his boorish deadbeat dad in a remote fjord community in northwestern Iceland. Small-town horrors quietly ensue. If you’re up for an emotional challenge, Sparrows is absolutely worth your time and attention: the 16mm lensing is amazing, the performances are wonderful. I’m still reeling from the gut-punch.

Zud
{5/27 9p Uptown}
After a particularly harsh winter on Mongolia’s frozen steppe kills much of his nomadic parents’ livestock, an 11-year-old boy trains a horse to enter a regional race, braving the unforgiving elements in a desperate effort to support the family. Zud‘s 84 minutes do not gallop by quickly: the exposition is lengthy, and mostly dialogue-free. The rest of the movie isn’t a thrill-a-minute either. But the panoramic widescreen photography is often lovely, and the film’s ethnographic value is enough to give it a shot.