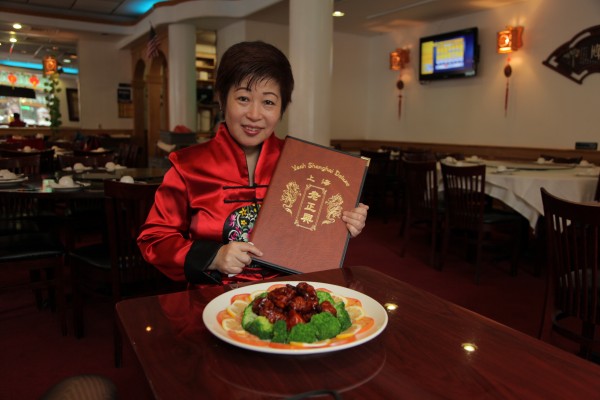 SIFF double take: Muse of Fire and The Search for General Tso

Examine, if you will, two documentaries very similar in tone and structure: upbeat, pleasant, and curious. One asks a very large question: How do you make Shakespeare relevant to contemporary audiences? The other asks a small one: Where did General Tso’s chicken come from? One is populated with some of the most talented actors of our time. The other, with restaurant owners, fortune cookie manufacturers, and one dedicated menu collector. Both had impressive animated interstitials and charming interviewees. The crowd loved, loved both of them. But only one was an effective documentary.

The Search for General Tso, directed by Ian Cheney (King Corn), was unwaveringly fascinating and unexpectedly suspenseful from titles to curtain. What a great question: who did create this bizarrely ubiquitous dish? The surprisingly satisfying answer is unveiled after first exploring things like who the historical General Tso was and what he was famous for, the history of the American immigration policy towards China, regional variations between American Chinese menus, and what it looks like to manufacture take-out boxes.

There was no suspense and far less revelation in Muse of Fire, directed by and starring struggling actors Dan Poole and Giles Terera. Poole and Terera are funny and winning, but the film is at least as much about how hard it was to make the film as it is about Shakespeare, relevant or otherwise. The low-fi, personal vibe has a YouTube-ish kind of charm, but by the end I was genuinely pissed at how much more we saw of the filmmakers than the impossibly comprehensive who’s-who of actors and directors, including, just to name a few, Ian McKellan, Judi Dench, Brian Cox, Jude Law, Baz Luhrmann, Ewan MacGregor, Fiona Shaw, John Hurt, Christopher Eccleston, and Alan Rickman. And yet they showed only teases of what many actually said. Alan Cummings had virtually no screen time. Tom Hiddleston, perhaps a sentence or two. No disrespect to the Person-On-The-Street people, but what Ian McKellan or Judi Dench has to say about iambic pentameter, let alone history or technique, is simply far more interesting than why Shakespeare is boring to you. That said, the audience was effusive, so if you go in with appropriate expectation it’s still a pleasant ride. Poole and Terera also promised to post some of the film interviews on their website once they get clearance. So we’ve got that to look forward to. {Muse of Fire screens at SIFF on 5/20 at SIFF Cinema Uptown. Unfortunately, The Search for General Tso won’t be screening again at SIFF, but we’ll let you know when it comes back to theaters or a Netflix equivalent.}