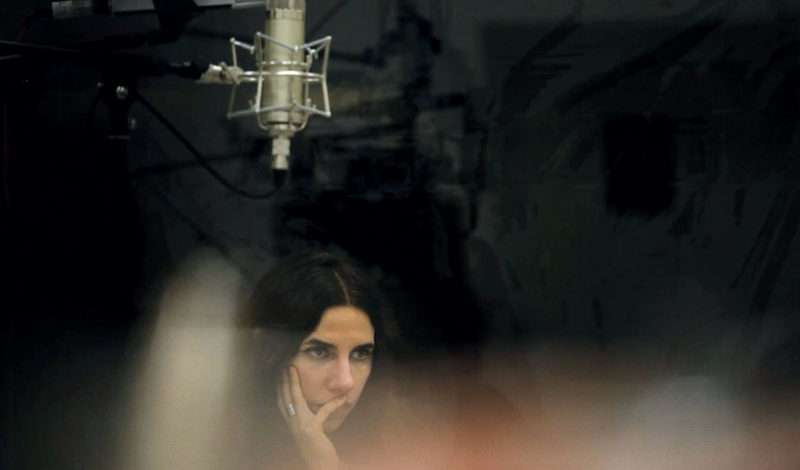 PJ Harvey’s album The Hope Six Demolition Project is a mashup of a poetry, travel diary, collaborative composition, and art installation. Harvey traveled with photojournalist Seamus Murphy to Afghanistan, Kosovo, and Washington D.C. to talk with locals and get insights and inspiration for the record. Once she returned, she started recording the album in a specially constructed studio inside Somerset House, in which visitors were able to watch the process through one-way glass. Murphy captured footage of both the travel and the recording and threaded it together to create A Dog Called Money.

There are several parts of Dog that are hard to watch, even with Harvey’s beautifully-layered lyrics spun over the imagery. The jumps from communities devastated by war to the band inside a lush art installation are also pretty jarring, and it’s a hard to find the intended message here — especially when Murphy cuts to a pumped-up MAGA crowd, which seemingly has little to with the album.

So are the documentary and the album meant to propose a solution? Or just provide commentary? Are they both bringing light to these worldwide issues? Or simply using them as muses? Does any of it even matter, or should we just watch, basking in the sound of Harvey’s voice and taking in a gorgeously shot film? Am I just thinking too much about this whole thing?

It’s probably that last one, right?