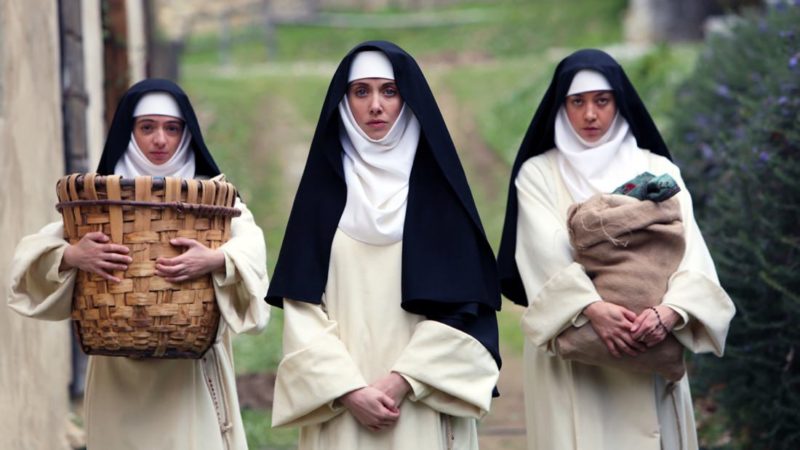 I can’t decide if The Little Hours is a raunchy comedy about a group of nuns in the middle ages or a feminist statement about how women have always been treated like objects. Maybe I’ll get the chance to ask Director Jeff Baena in person this weekend—until then, I’ll just recommend you see it because reasons (most of them involving Aubrey Plaza, Alison Brie, and Kate Micucci setting the screen on fire).

SIFF has chosen Hours as its second Saturday Night Party accompaniment, and it’s a fine choice because you’ll be ready to drink and get merry after laughing for a solid 90 minutes. With both Baena and Aubrey Plaza in town for the film, both screenings are currently on standby so get there early to get in that rush line!

{The Little Hours screens at SIFF Saturday, May 27, 7pm at AMC Pacific Place and Sunday, May 28, 12:30pm at SIFF Cinema Uptown. Both are on Standby. Director Jeff Baena, actor/co-producer Aubrey Plaza, producer Liz Destro are scheduled to attend both screenings}