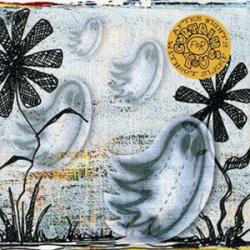 After Nights Without Sleep

They’ve played sold out gigs with The Head and the Heart and The Posies, where this five-piece “retro-pop” band snagged frequent raves from bloggers among the fan-thronged crowds; made the Top 10 band list in City Arts Magazine; and got KEXP play for their dizzying debut What A Lovely Surprise To Wake Up Here. But now Curtains For You are raising the stakes artistically, releasing an album as punchy and psychically provocative as Dear 23.

Somehow trimming off their more nostalgic musical tendencies for a timeless power pop sound, and adding a new invigorating and unusually sensitive approach to lyric writing, After Nights Without Sleep sounds like its title: That bizarre buzz of being up too long, and thinking too much, and not being able to settle down yet. It is bracing morning rock filled with overflowing emotions (“thick as bacon grease left out in the plan,” from “Eggs Over Toast”), somehow as sobering and intoxicating as a triple espresso-infused Irish coffee drink.

Nick Holman (bass/euphonium/vocals), Peter Fedofsky (piano/vocals), Mikey and Matt Gervais (lead vocals and guitar, lead guitar/sax/vocals, respectively), and drummer Davey Lawrence still stock every song with oodles of chattering keyboards, shimmery but sinewy guitars, a deft rhythm section able to shuffle between all the mid-late period British Invasion bands they can evoke. It’s one right after the other in the music hall-level “The Wasteland,” which is both as heart-pinching and ambitious as a young nimble Nilsson. There the album gets its title, and that jabbering, hallucination-plagued-by-heartache friend describes his plight best there. It is then relieved by the beautiful loser gasser “Bronx Zoo Hobo,” like many here a tumbling back pages of coming to terms with a world of failure and flavor. It’s interestingly reminiscent more of early-mid kitchen sink garage operas made by Jellyfish and the like, than the 60s artists which inspired them and this band’s own first one. It’s a nice toggle.

But there’s miles of tough assessment before these peaks, with two of my favorite cuts, the love-is-a-battlefield anthem to napalm most others, “The Great War,” and its rolls and fills matching the fear and action described in being (“the sky rained fire through the night”). Shattering mid-song unpacking: “This is the part of the story where you go down asking for mercy and help.” (Ouch!) The next track, the fourth on the full length, “Cold Wind,” is the saddest here but also the best: It’s a smoothly catchy, hidden-caustic taunt of painful reminders that “death is not behind us,” and that doubt and pessimism tends to scare off the “best friend we ever had. We’re not better left alone.”

The tightly controlled, top-flight of the flange and FX boxes and fluid back-beat on that track alone kills all the criticism of too-cleverness and throw-back fussiness some made about the first album. The rest of After Nights Without Sleep will certainly keep you up as well, somehow agitating the soft side of your soul as all the nice blankets of baroque sound wrap around your ear feelers. Again, a strange mix, but more meaningful and more rocking than a precocious debut which would have been hard to compete with in the first place, let alone surpass. Which it has, deeply and richly.