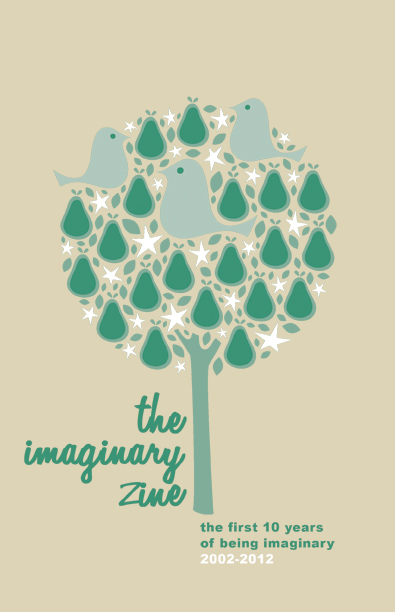 Thank you so much for checking out our commemorative imaginary zine, but also for wanting to read more! On this page you’ll find links to full articles excerpted in the zine. See below.

You can order a zine online for immediate USPS delivery.

It’s a limited run of 333 copies (the handwritten number on the back cover does not lie).

Make sure to check out the full version of the imaginary infographic (idea and design by Char Davidson)!

Please enjoy! And, as always, let us know what you think!

UPDATE:
Of course there’s always at least one typo in anything that’s actually printed on paper (being an internet-only publishing endeavor certainly has its advantages) and of course the one that we’ve found so far involves a quote from one of the most important people involved with Three Imaginary Girls. Our hugest of apologies to Jason Doctor for the accidental omission of an attribution for his quote on page 11 of the zine. It’s such a great quote too!!!

Huge thanks and hugs to everyone who took the time to share their imaginary memories with us: