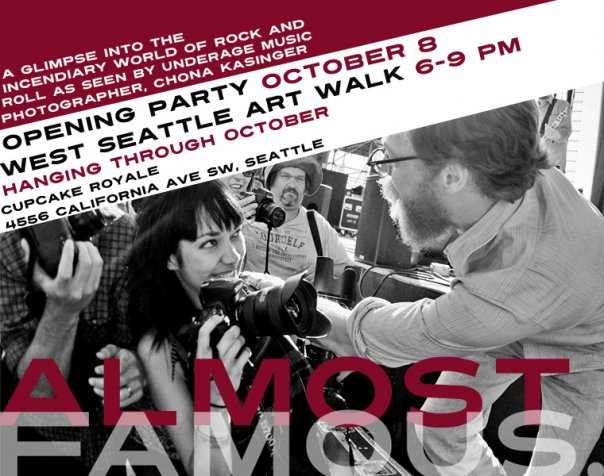 I’m certain that I’m not the only one at TIG who is very excited and proud of Chona Kasinger, who is getting her first art show at the West Seattle Cupcake Royale. The opening party is Thursday night from 6-9pm as part of the West Seattle Art Walk. The show is said to include photos of Death Cab for Cutie, The Hives, John Vanderslice, Telekinesis! and Natalie Portman’s Shaved Head.

Imaginary Chona has been one of the best photographers in Seattle for as long as I’ve known her (which has been a few years now). She’s the youngest superstar photographer in town, but also has one of the best eyes. It’s always a joy to look at her photos, so I’m thrilled that they’ll be on display for the rest of the month.