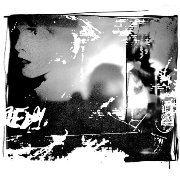 Amusement Parks on Fire is self-described as creating "atmospheric punk rock space blues for the 21st century". Listening to their new self-titled release, it's easy to see how this phrase applies. 20 year old Michael Feerick has combined ethereal guitar and percussion crescendos with pulsating punk beats to create a diverse range of musical journeys within a single album.

Amusement Parks on Fire hails from Nottingham, England, where they were signed to Portishead's Geoff Barrow's Invada label in 2004. The band, consisting of Feerick on guitar/vocals, Daniel Knowles on guitar/production, Jez Cox on bass, and Peter Dale on drums, has now been signed to Filter US Recordings. Their new release is ever-shifting from pensive orchestration to powerful, punk explosions.

The first track, "23 Jewels", is a lulling, dream-like strings arrangement that falsely eases the listener into thinking that the rest of the album will follow suit. After swiftly kicking into the louder second and third tracks, the best surprise of the record lies within the fourth song, "Wiper". This 8-minute feast for your musical senses moves from downplayed percussion and piano into eddying guitar crescendos, and melts back and forth between the two throughout the song. This one makes you want to turn your radio waaaay up, and is sure to be a crowd pleaser (just don't stand too close to the speakers). The shifts that lie within this song are representative of a broader theme within Amusement Parks on Fire's music. The changes within their songs are not just musical changes, but entire atmospheric transformations. In a single listening of this CD, your mood can go from contemplative and uplifted to frenzied and agitated. It's like blending Sigur Ros and a punked-out version of Catherine Wheel in a single song. Sounds crazy, but they make it work. "Asphalt" is an especially inspired track, with melancholic piano dissolving into a joyful buildup of strings and percussion. "The Ramones Book" is ironically the most reminiscent of Sigur Ros, and morphs into the final track, "Local Boy Makes God", which experiments with somber, chilling chord progressions that leaves you wanting more.