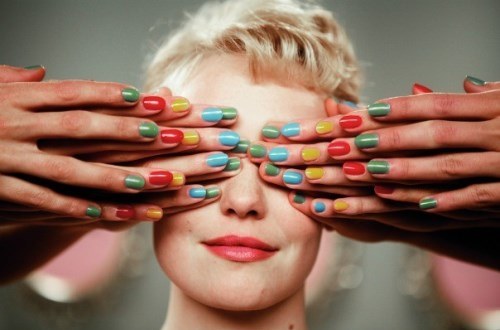 So unless you've been hiding under a giant rock for the past month, missing the TIG SIFF team's extensive coverage, overlooking the 'round-the-block queues at some of our fine local movie houses, and/or oblivious to the palpable cinematic energy felt throughout the 206 area code, you've been at least vaguely aware that SIFF was going on. It kicked off May 16 and ran through this past Sunday, and it featured over 447 films from 85 countries. A total of over 700 screenings. Whoa.

Well, today through 6/20, SIFF Cinema Uptown presents a 'best-of' program that whittles down that gargantuan, overstuffed lineup to 19 programs (18 features and a shorts package) of festival award winners and audience favorites. Perfect opportunity to see what all the ado was about if you missed out on SIFFing altogether for some reason, or if the insane schedule made you miss something else you really wanted to see, or if the SIFFatigue got to you early and just caused you to give up. Or maybe none of those scenarios applies and you're just interested in checking out some good films. In any case, you're in luck.

Some of my personal favorites (Wolf Children, Our Nixon, Populaire, 7 Boxes) are making well-deserved repeat appearances, while others (Una Noche, Stories We Tell, The Spectacular Now, Die Welt, The Fruit Hunters) are conspicuously absent. And, IMHO, there are some that probably don't belong at all (C.O.G.? Seriously?). But I can almost guarantee you'll find something to appreciate. Here's the schedule in screening order, with the TIG staff's thoughts on the films we covered, other reviewers' takes on the ones we didn't, and/or my own humble opinions of the films I saw too late to include in my weekly preview roundups.

All screening at the Uptown:

{June 12 at 7:15pm}
A well-received documentary that follows several subjects dealing in one way or another with the hereditary chronic illness known as Huntington's Disease. The TIG staff weren't able to cover this one, but per City Arts: "With its unimpeachable good intentions and already-compelling subjects, Alive and Well is (rightly) critic-proof, so the fact that it's also a solidly-crafted, powerful piece of cinematic storytelling counts as a bonus."

The Otherside
{June 12 at 9pm}
The Seattle hip-hop doc you may've had trouble getting tickets to. It's worth checking out, especially if you're into the genre/scene, or if you have a notion to pay $12 for an under-an-hour frolic that seems more like a Blu-ray extra than a theatrical release. I agree with Chris Estey that "maybe there are a few too many scenes of people insisting we don't have a cohesive sound when about a third of the acts are trying to sound like each other at least a little bit." And with Chris Burlingame about the glaring shortage of female artists in the film, which "makes one wonder if emecks from Don't Talk to the Cops!, Katie Kate and Anna Bri (plus R&B singers that run in the same circles like JusMoni and Shaprece) all had better things to do or the filmmakers deliberately chose not to seek their input."

Inequality for All
{June 13 at 6:30pm}
The SIFF program description calls this Sundance award-winning documentary "An Inconvenient Truth for the economy". It focuses on Secretary of Labor Robert Reich, who gives viewers an illustrated lecture on the causes and consequences of America's ever-widening income gap. This one was also off TIG's radar; Collider finds that it "never pushes beyond its intro-level course.  Audiences seeking to explore more complicated questions will be left wanting."

Flight of the Storks

{June 13 at 7pm}
Per SIFF: "This stylish, globetrotting psychological thriller plays like David Fincher's The Girl With The Dragon Tattoo mixed with the amnesiac, wrong man madness of Christopher Nolan's Memento to create a tale of diamonds, dames, and killer storks." Sounds intriguing, but mind the runtime (3 hours!).

Still Mine
Best Actor – James Cromwell: SIFF 2013 Golden Space Needle Audience Award
{June 13 at 8:30pm}
The SIFF description promises an "exquisitely mounted and deeply affecting love story about one man's determination to create a suitable home for his ailing wife. Veterans James Cromwell and Genevieve Bujold are nothing short of magnificent as they mine the subtext in the story of a couple with a deep and complicated past." The Sydney Morning Herald says the story is of "the heart-warming kind that might serve as light relief at the end of the news. There is not much to recommend Still Mine, but Bujold is a stunning presence who gets far less screen time than she deserves."

We Steal Secrets: The Story of WikiLeaks
{opens June 14 for an open run; see SIFF.net for screening times}
I really liked Oscar-winning documentarian Alex Gibney's Enron: The Smartest Guys in the Room and Taxi to the Dark Side, and I'll be lining up for this one at some point during its open Uptown run. Here Gibney presents the story of the rise and fall of WikiLeaks, its founder Julian Assange, and U.S. Army Private Bradley Manning, who was responsible for the largest leak of classified documents ever released to the public. Per The Stranger's Andrew Wright: "Terrifically entertaining, and more than a little frightening, especially when detailing how its subject's stated desire to unearth the truth collides with his Blofeld-ish ego."

Populaire
{June 14 at 7pm}
I'm very happy to see this light late-'50s-set French romcom in the best-of lineup. It follows a charming young secretary (Déborah François, faultless in the role of a fault-prone character) whose only real clerical skill is typing — and boy can she type. Her boss (Romain Duris, in perfect form, as expected) enters her into a typing competition, where she squares off with a smug and pampered champ (Bérénice Bejo, impeccably bitchy). It's a lively, big-hearted, candy-colored (and -coated) delight that came at just the right moment in the festival for me.

Wolf Children
{June 15 at 11:30am}
I am absolutely thrilled this spectacular anime film made the best-of lineup — and I can't wait to see it again on the big screen. It's quite a tonal departure from Mamoru Hosoda's prior films The Girl Who Leapt Through Time and Summer Wars, both of which I also liked, but this sweet, sad story of a (human) single mom and her (half-wolf) kids approaches Miyazakian sublimity. It's a little long, but there are triumphant visual moments — the li'l wolves' first time running in the snow, a veiled reveal to a romantic interest, a stunning farewell high atop a sunlit ridge — that I doubt I'll ever forget. See it, and bring Kleenex.

Unfinished Song
{June 15 at 2pm}
British dramedy about a retired old coot (Terence Stamp) who is challenged to take his ailing wife's (Vanessa Redgrave) place in a local seniors' choir. The Telegraph says it "plays like an update of the time-honoured Full Monty formula — public exhibitionism vanquishes English emotional reserve — for a post-Glee world." I really like the leads, but after seeing the trailer far too frequently ahead of other screenings — old people singing "Let's Talk About Sex", har har har — I think I'll pass.

Best of SIFF Shorts
{June 15 at 4pm}
I saw quite a few short films ahead of features this year, but didn't make it to any of the Shortsfest programs at all. (Roxie Rider did, though!) So I look forward to this package, which includes Grand Jury Prize winners in the documentary (Keep a Modest Head), live-action (My Right Eye), and animation (Woody) shorts categories, plus the audience award winner (Spooners) and a few more top performers.

{June 15 at 6pm}
I had reservations about this frequently rousing film, which could have been the next big thing in mainstream music docs if not for its laggy and repetitive final third. It does a nice job charting the rise of the modern pop vocal sound, from its gospel origins, through the '60s and its shakeups, and into the digital era's declining options for supporting vocalists. And the oral histories are great — wait'll you hear the shit Phil Spector pulled on Darlene Love. The film could be tighter, but it's mostly fun and it ends on an appropriately high note.

Fanie Fourie's Lobola
Best Film: SIFF 2013 Golden Space Needle Audience Award
{June 15 at 8pm}
I wasn't terribly impressed by this very broad comedy, whose title might sound kinda dirty to US audiences and whose synopsis I'll lift from the SIFF program: "After Fanie takes Dinky, a strong Zulu woman, to his Afrikaans family wedding, the two find an unexpectedly fun cross-cultural romance. But in order to marry Dinky, Fanie must negotiate to pay Lobola (a South African dowry)." This was a crazy smash-hit in South Africa, and I was frequently entertained by it, but there's nothing unexpected here except maybe what Seattle audiences probably saw as political incorrectness. Worth checking out if you want to turn off most of your brain for an hour and a half.

The Guillotines
{June 15 and 16 at 10:15pm}
Per SIFF: "Andrew Lau (Infernal Affairs) directs this 'wuxia" extravaganza in which a fearsome Qing Dynasty assassination squad must contend with the whims of their bloodthirsty new emperor." Per the Hollywood Reporter: "The requisite arguments over brotherhood and loyalty — among the Guillotines as well as between [characters] Haidu and Leng — are all present and accounted for, though when [actor Shawn] Yue is finally allowed to let Haidu go full-on maniac he seems to be having more fun than at any other point in the film."

{June 16 at 7:30pm}
Kenji Uchida, who the SIFF program calls "Japan's master of screwball comedy", directed this amnesia / identity-switch romp about a failed actor who trades lives with a stranger — only to find himself filling the shoes of an elite assassin. I saw this film but had to think pretty hard to remember much about it, if that says anything. I do recall enjoying some of the story's fun reversals and twists while being frustrated with the goofball lead.

Our Nixon
SIFF 2013 Best Documentary: Grand Jury Prize
{June 16 at 12pm}
I gave high marks to this lively, amusing documentary, which very entertainingly utilizes subpoenaed Super8 home-movie footage shot by Nixon White House aides (and Watergate conspirators) H.R. Haldeman, John Ehrlichman, and Dwight Chapin. If you're up on your early-'70s presidential history you probably won't learn a lot, per se, but Our Nixon does offer a unique inside look at a tarnished presidency, and the film's editing (with TV footage and audio from the infamous tapes) is undeniably brilliant. Stick around through the closing credits for a truly surreal coda to Ehrlichman's post-Watergate saga.

7 Boxes
{June 20 at 6pm}
This zero-budget chase thriller from Paraguay really jangled my nerves — in a good way. The action-packed story follows a teenage delivery boy who freelances his wheelbarrow-transport services in a popular street market; after he's offered $100 to haul a load of mysterious (and very in-demand) crates to the edge of town, he finds himself dodging all kinds of unsavory characters: thieves, rival gangs, and the damn police. Fast-moving, suspenseful, and fun as hell. See it.

Harmony Lessons
SIFF 2013 Best New Director: Grand Jury Prize
{June 20 at 8pm}
SIFF sez: "A stark, surreal, strange, and entirely riveting tale of a marginalized teenage boy. Young Kazakh director Emir Baigazin's accomplished debut creates a poetic and mature study of school bullying and the strength of the survival instinct in a small town in rural Kazakhstan." Screen Daily praises the film's originality, particularly around "its dual nature as revenge thriller and magical-realist-tinged rite of passage. That the two strands manage to coexist, most of the time, without undermining each other, is tribute to Baigazin's finely-tuned script."