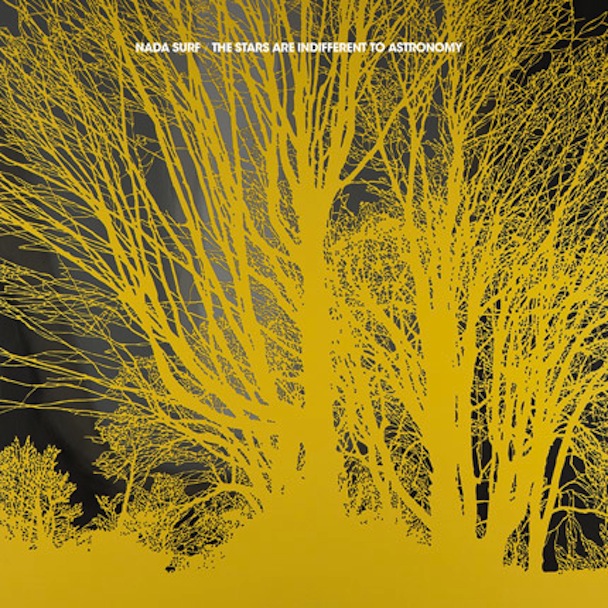 In a land where we are inundated by new music on a weekly, if not sometimes daily basis — few things feel better than starting a nice, fresh playlist of tracks that have made the cut (in both the new-release new and new-to-me new ways). I like to organize mine by month, so at a moment's glance, I can see what's new when a friend is looking for something to woo her ear, or what to pull from for a DJ night. That first playlist in the first folder of the year holds special appeal for us over-organizing audiophiles, and while it's already starting to flesh out with some new-to-my-rotation tunes — "For The One" / WATERS, "Goodness Gracious" / Heligoats, "The Dreamer" / Tallest Man On Earth — one of the first outright new tracks of 2012 that's become stuck in my proverbial craw is Nada Surf's "When I Was Young".

Slated for release later this month, and undoubtedly one of the many songs the crowd will be set to swoon for when they take the stage at the Tractor on February 2nd, this song has the same kind of intimate-cum-cinematic appeal of Band of Horses' "Funeral" — the kind of track you turn up because the opening strains start to pull at your heartstrings, and before you know it, you're thrown into this building, accelerating wall of indie-rock, while those signature vocals hold steady and soothing. If the rest of the album is anything like this, The Stars Are Indifferent To Astronomy will absolutely have a firm place in your top-ten list of 2012, local or otherwise. {band official} {preorder at Barsuk}

The other track that just won't allow a yield from repeat status this week is "Origins" by Tennis. It's got that super appealing happy-chord-sad-sound kind of vibe, and since getting a first ear-glimpse of it on Troy Nelson's set on KEXP last week, the jangly guitars and that familiar (but not too familiar) sound just won't leave me alone. Think Lemolo + a pinch of post-twee sensibility + a sideways glance of indie rock, or a modern sound for that part of you that still loves the Cardigans but refuses to back up bands that go contrary to your Phil Spector roots. Whatever way you slice it, it's just a damn good track and you'd do yourself a favor to pick it up ASAP. {Tennis on Facebook}