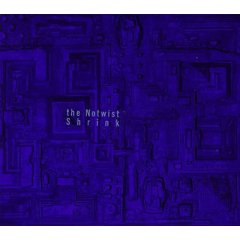 "Chemicals" by the Notwist

Apparently, to enhance my already surly mood this morning, my iPod has decided to deliver me a rather bittersweet, melacholy song. Unlike most though, this is a sad song if sad songs were written by and for robots. Everything about this song has an odd metallic sheen to it: the synth is full of static, the drums are artificial, the vocals are stilted (ok, the lead singer is not a native English speaker, but the effect is the same). The instruments creep in one by one building the song like some sort of sad bastard Voltron. However, beneath all of the technological skin beats the heart of a human. "Chemicals" has an undeniable tenderness that says both pain and forgiveness for whatever wrongs have been done. You are no good/you are no good he sings in the chorus, but the tone is undeniable not one of anger but instead of sadness and redemption. I honestly could not name another Notwist song to save my life, and that might be the way I like it. "Chemicals" is as close to being a perfect song (for the band) that hearing another might ruin my perception. I hope the robot gets his wish, that's all.