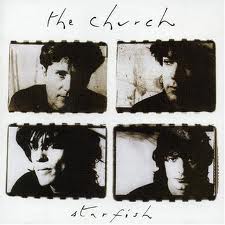 The Church @The Triple Door: future | past | perfect

I have to admit, I didn’t really know what I was getting myself into when I told my friend that I’d happily take his extra ticket to see The Church at The Triple Door. It was only after I looked at the web site and realized they were playing not one, not two, but THREE albums in their entirety that I thought, “ohcrap. I’m going to be stuck in one place for HOW many hours?”

But the last album was 1988’s Starfish—you know, the one with the song everybody either loves or hates, “Under the Milky Way”— and an album I played so much that my car’s shitty tape deck broke it, which caused me to buy the CD that I still own (the cover cracked and scratched after spending lots of time at the bottom of a messenger bag). And I COULD NOT pass that up.

Billed as The Church: future | past | perfect – Winter Tour USA 2011, the program that accompanied our show was impressively put together and full of more information than I knew about the band’s current projects, history, wardrobe and drinks of choice (I’m kidding about that last part). Original members Steve Kilbey, Peter Koppes and Marty Willson-Piper were joined by drummer Tim Powles (who replaced Jay Dee Daugherty in 1994—Richard Ploog played the drums between 1981-90, preceded by Nick Ward).

Ambient music was flowing through the theater before The Church hit the stage, which we found out was a personal mix of Kilbey’s, put together specifically for these shows.  The band entered and immediately started in on Untitled #23 (2009), breaking after the first 2 songs only long enough for Steve to say, “I’m not saying much, because I don’t want my witty banter to break up the brilliance of the albums”.

Off to a little bit of a rocky start with timing issues and a microphone that shocked guitarist Marty Willson-Piper (at the exact moment he mentioned being in Portland…coincidence?), the band quickly found their groove with the catchy beat and lyrics of “Space Saviour” and from then on, gave us a psychedelic rock, Pink Floyd-like journey of trippy guitar solos and pounding drums. “Anchorage” was another favorite of mine from that set.

A 15-minute intermission, and then the band was back on stage for Priest = Aura (1992), “Ripple” and “Kings” were two of my faves from that set, with the band totally tearing it up on “Chaos”. During this album, they did a really awesome thing: behind the band on the big screen, they projected images of the band…18 years ago, playing the same songs. It was pretty rad, you guys. And then, another 15-minute intermission and then it was time for THE BEST ALBUM EVER: Starfish.

This was the moment we had been waiting for! And The Church, they did not disappoint. From the opening strings of “Destination” to MWP shredding on “Spark” and the double-whammy of “Antenna” and “Reptile”, and my absolute favorite – “Lost”, each song was executed perfectly, and the nostalgic crowd swayed and clapped in their seats to each tune, and honestly got a little weepy when the band started “Hotel Womb”, symbolizing the end of the show.

In the end, even though our group was tired we were never bored—and the time seemed to go much faster than we had anticipated. You gotta hand it to The Church for playing 3+ solid hours to a packed house with energy, grace, and style. Frontman Steve Kilbey rocked the stage with his signature dramatics, and Willson-Piper burned through each guitar solo with an intensity that radiated out into the audience. I spent the ride home remembering being 16, driving fast with the windows down and Starfish blasting on the tape deck.

Sounds like a pretty great way to spend a Monday night, non?