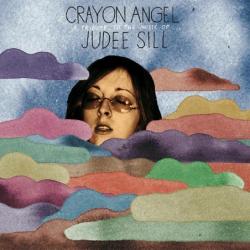 Crayon Angel: A Tribute To The Music of Judee Sill

Artists like Trembling Blue Stars, Beth Orton, Final Fantasy, Ron Sexsmith, and Daniel Rossen (of Department of Eagles and Grizzly Bear), among others, contribute to this anthology celebrating the strange but very sincere songwriting of one of pop music’s most tragic young casualties, the woman known as Judee Sill. Signed to Asylum by David Geffen through her relationship with David Crosby and Graham Nash, she wrote “Lady-O” for the Turtles (who knew a great song when they heard one to cover), which TBS do a wonderful job handling here. Struggles with drug addiction in spite of her life-changing religious conversion led to her death, before she could release a third LP in her decade of acclaim, the 70s.

My first encounter with Sill, as far as I can remember, wasn’t from my own crate-digging, but Warren Zevon’s. He covered “Jesus Was A Crossmaker” on his outstanding Mutineer album, in a shortened form that continues to be my favorite version of the celestial-sounding dark gospel knell. Considering Mutineer was chock full of Zevon’s end-of-zenith period tracks, and the fact that he rarely did versions of other people’s songs, its noteworthiness was something to note in itself. I assumed the song was from the Hollies, who also covered it, but when I studied up on Sill’s life and heard the lyrics to the rest of her songs, I was hooked. As probably were many of the artists here, with Frida Hyvonen doing a respectable, very traditional run-through of “Jesus,” making it the least eccentric version I’ve heard.

Sill deserves that kind of respect, and the only problem with Crayon Angel might be that it’s too respectful. You can’t fault Sexsmith and Beth Orton, who do sterling jobs on a very well known and an unknown Sill composition, respectively. But Rossen and Final Fantasy feel out the weirdness of Sill’s worldview and create interpretations of her work based in their own unique talents. In their textures you hear God ordering the UFOs spinning back to get the faithful from the despair we’ve been condemned with down here. These won’t take the place of originals you would hear on Judee Sill or Heart Food, but you could definitely see Sill herself approving and playing along with them, a blissed-out smile on her often troubled face.