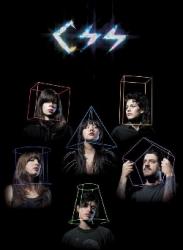 The reason I really enjoy CSS is because I think we’re ideologically on the same page. They run in indie rock circles, playing shows in clubs and have a label like Sub Pop put out their albums but also love pop hits on the radio and try to meld the two worlds – they even made a song that mashes up Sleater-Kinney’s “I Wanna Be Your Joey Ramone” with Jennifer Lopez called “I Wanna Be Your J-Lo”. They prefer Beyonce and J-Lo and my preference leans towards Britney and Kylie but, like Clinton and Obama voters, we agree on more things than we disagree.

CSS stands for Cansei de Ser Sexy, which reportedly translates to “sick of being sexy” in Portugese and it was supposedly from a quote from Beyonce, who was complaining to a reporter about how she was tired of being sexy. Their band is good, silly fun – but the beats and basslines especially reveal a band that knows exactly what it is doing. Two nights ago when I was at the Goldfrapp show, I commented to a friend that I thought Goldfrapp was the best contemporary disco band and he offered CSS as a counter-argument. After seeing both bands in consecutive nights, I’m not sure the question is as easy to answer as I previously thought.

Thursday night’s show was moved from the Showbox at the Market to the smaller Neumo’s a little over a week ago. I assumed it was due to low ticket sales but this show was sold out and there were a handful of people trying to buy tickets from someone on the street to get in. A sold out crowd at Neumo’s is still a very respectable showing for the Showbox (Neumo’s capacity is around 800 and the Showbox’s is about 1,100). Once inside, the band room was nearly full midway through opener Ssion’s set (and became packed when the almost-too-adorable Tilly and the Wall took the stage next. The crowd was definitely much younger for CSS than it was the prior night for Goldfrapp and the kids seemed to try to find the room to dance as much as possible.

CSS began their set just after 11pm and their awesome frontwoman Lovefoxxx came out in a perfectly feathered costume and exaggerated Elvis-like pompadour. She has a magnetic stage presence that you can’t help but want to stare at her exclusively. Or at least I do. They played for around an hour and mixed songs between their two albums, this year’s Donkey and 2006’s (grossly superior) self-titled album. They brought even more energy to their stage show than you hear from their albums and the utes around me definitely responded to it. I thought the biggest response from the crowd would come from the funky “Music is My Hot, Hot Sex”, which was (bogusly) the most played video on YouTube for a while. That got a nice response but “Let’s Make Love and Listen to Death From Above” had gotten the biggest applause of the night. Although I know it is the title of a song on the first album, the most surreal part of the evening was when the crowd was shouting “CSS Suxxx” before the encore. 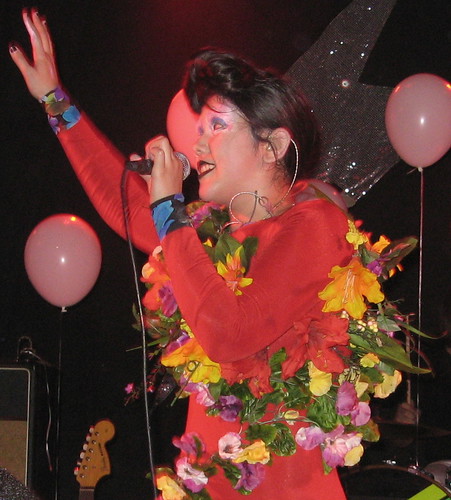 The band had six members on stage and at times three played guitar parts, although mostly it was two guitarists, drums, bass, keys and Lovefoxxx on vocals. I wish the set list also included “Art Bitch” or “I Wanna Be Your J-Lo” that’s a minor quibble. The set was intense for the band and the many people in the crowd. I saw lots of kids covered in sweat as I was exiting the club. I think that’s the best validation that a show is a success.

1. Air Painter
2. Let’s Make Love and Listen to Death From Above
3. Alala 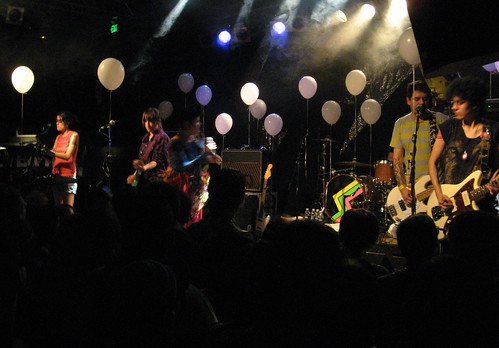