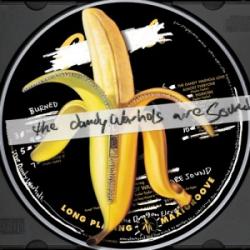 The Dandy Warhols ARE Sound

If the techno-infused mixes on Monkey House are psych rock on e, then ARE Sound’s songs are rock ‘n roll so stoned, they think it’s the 90’s. And in the 90’s, The Dandy Warhols were making 60’s infused psych/pop. In fact, Monkey House was a breaking point with the Dandy Warhols’ fan base for its hyper-produced, late 80’s synth rock edge. This is not to say the ARE Sound’s mixes are better than Monkey House tracks, but they are the band’s original intent.

Despite the amplified bong hit that opens Monkey House’s “I Am Over It,” The Dandy Warhols ARE Sound offers a version of the song that minimizes the sound of bubbling bong water, but delivers the high, letting the pared down and plodding beat bring the subtleties that layer the different parts of the song into focus.

On the single, “We Used to be Friends,” off Monkey House, the chorus melody is given precedence over the song. It’s simple croon is a refrain echoing out from different instruments that completely subsumes a guitar solo that spans the entire last minute of the song on the ARE Sound version. “Plan A” off ARE Sound, features Taylor-Taylor’s voice as the primary instrument of the chorus and the bass as the driving force behind a song that up till now had been distorted by feedback and blown out frantic guitars on the Monkey House version.

The Dandy Warhols ARE Sound removes Capitol’s mass-consumption mixes and relishes in an honesty of what The Dandy Warhols are and have been—A band that loans innovation from their influences and makes it’s minimum payment by creating songs that roll well with TV credits. Whether the album was released in 2003 with an 80’s sound or in 2009 with a 60’s sound, the root of The Dandy Warhols, no matter who mixes their songs, is in an aesthetic that is distinct to rock in 1990’s—a shallow sound that can be catchy as hell.