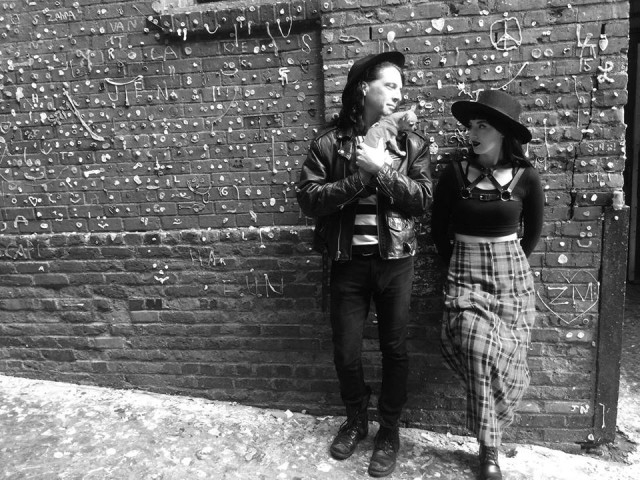 Dark electro-Goth goodness from The Labrynth

The dream of the Goth ’90s is alive in Seattle! The second I pressed play on The Labrynth‘s debut full-length album Expanding/Contracting, I was transported back to late night dance times at The Underground on the Ave circa 1990. Two tracks in and I was digging through my closet for my Docs; two more found me trying to figure out if my plaid schoolgirl mini would still fit, and after I finished listening I was seriously wondering if the shitty gas station ‘mart on the corner carried packs of Cloves.

This dark electronic nostalgia spiral is all thanks to Michael Wimer and Sarah Stewart, who switch lead vocal roles every couple songs just to keep things interesting. And while the album is full of tracks that remind me of everything from Book of Love‘s New Wave synth-pop to Industrial Pretty Hate Machine-era Nine Inch Nails — it also somehow sounds contemporary, and a refreshing departure from most of the stuff I’ve come across lately.

There are a lot of tracks to love on this album, but my current fave is the witchy synth-pop anthem “Evil Spells:”