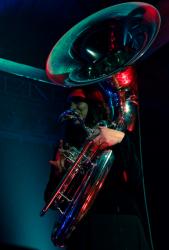 DeVotchKa's rise in popularity was obvious from the packed house at Showbox Sodo this past saturday evening. As the band entered the stage, the crowd was greeted by a gorgeous performer tossing flowers. She would join them again later in the night performing an acrobatic show above them on the stage rafters.

Seeing DeVotchKa live gave me a new respect for the vast array of unique instruments that fill the songs I have grown to love on the records. Each musician owned the stage with various string instruments, an accordian, and even a tuba. The long set was finished by a second encore with one of their hits from the Little Miss Sunshine Soundtrack. 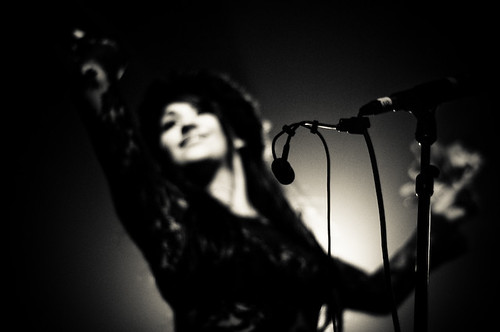 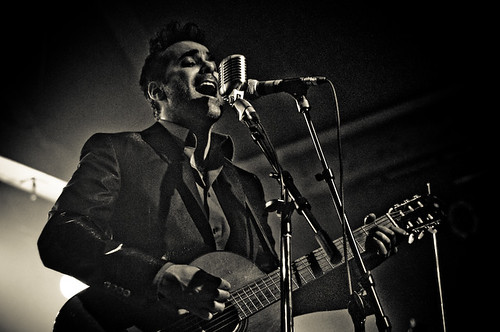 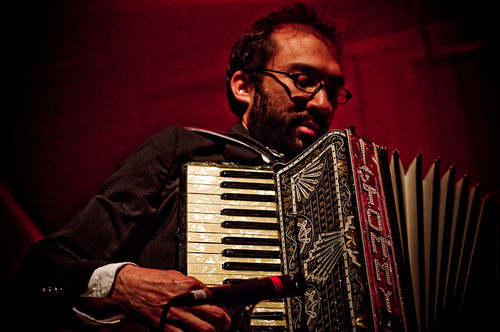 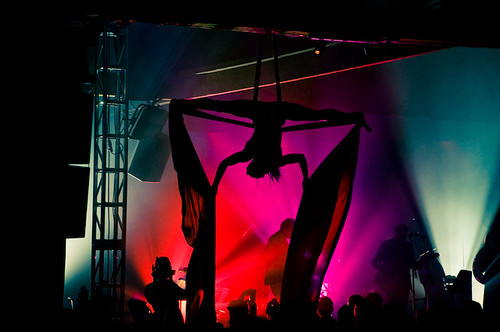 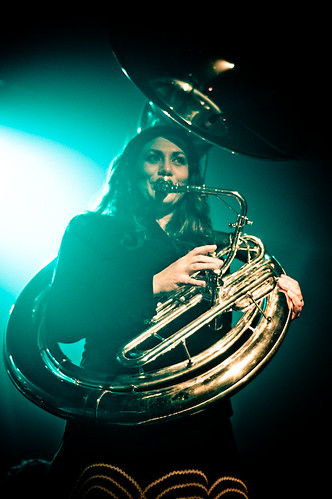 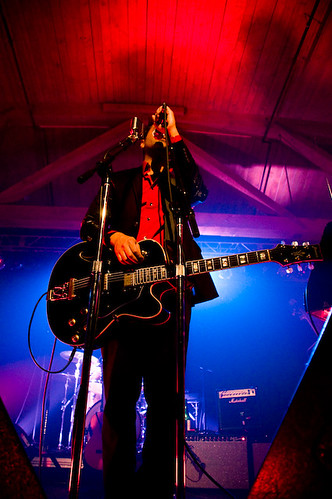