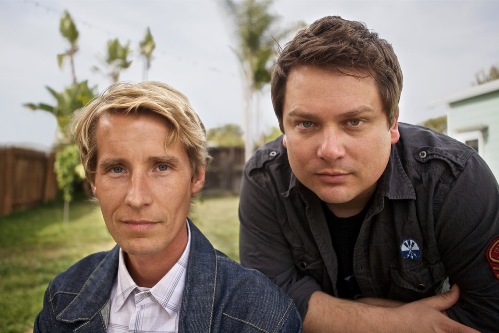 Yes, this will be an acoustic show, but fear not, dear imaginaries: Tom Brosseau is the real deal.

I've long held the stance that Tom's specific brand of alt.folk sets him apart from the rest in his class — to my ear, it's as if he grew up listening to Carter Family records on the front porch of a homestead in North Dakota, with a secret vinyl stash of Pixies and freak-folk records stashed under his bed that he'd study long after everyone in the house had gone to sleep. On the surface, it's singer-songwriter, alright, shot through with a perfect helping of dark and achy, wonderfully absent of ironic banjos and footstomp / handclap combos. If you haven't had the pleasure of listening to Tom's body of work yet, what I mean to say is goodbye is a really listenable album and a wonderful place to start:

As you may remember from 2012's Sasquatch! performance, Tom's most recently taken to the road with John Reilly {yes, that John Reilly} and it just so happens that we've got the pleasure of hosting him at a seated show at the Tractor on Wednesday before he heads back out for another run of shows. It's a mere eight dollars, and he'll be taking the stage with Sean Watkins, Shelley Short (PDX), and openers Darren Loucas & Friends are sure to start off the show just right.

{More about Tom, including a blog and tour dates, over here. Photo of Tom and Sean by Todd Cooper.}