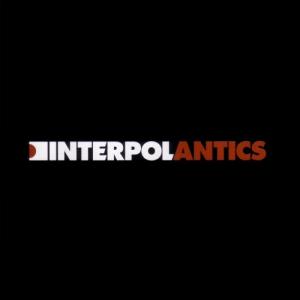 There is a lot of mixed feelings out there concerning Interpol and I haven't really figured out why that is. Sure, they're living off the decaying remains of 80's and 90's Brit-rock, but hey, if I had a band I'm sure that it would end up sounding like Joy Division or Jesus & Mary Chain or the like too, so let's give that one up. However, you do have to wonder about a band that would make as creepy a video for a song as Interpol did for "Evil," one of the best songs from Antics. If you haven't seen it, it starts with a car accident, it involves a disturbing singing and dancing (and injured) puppet-man and really has no noses (well, puppet noses). It is the ultimate Muppet nightmare material and yet somehow, the band and the label thought at one point "Hey! This video will make you stars!" OK, maybe they didn't think that in specific, but isn't that the point of a video? I really do love the song, yet I can barely stomach watching the deranged death-puppet – is this really a physical manifestation of the uncanny valley? Or maybe seeing a pale and gowned puppet dancing on an operating table is too much to take. That being said, this "Evil" experience also exemplifies the main problem with today's kids and their music videos: now, no matter how hard I try, I will think of the Satan Said Dance puppet when I hear "Evil." I mean, I hopefully won't obsess about it, but I will be reminded of the images that the band and the director have now direct my mind to think of when the chords of the song are playing. Is this directed thought wrong? Are we headed into a Heinlein-esque world of mind control manifested in music videos … or, more chillingly, are we already there? That's our message for the day: "Evil" never does good.