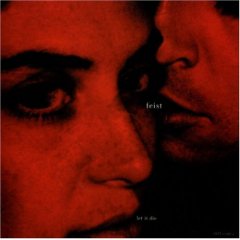 Amongst my circle of friends, Leslie Feist seems to illicit two types of responses, either "Oh my word, I love Feist and want to be with her always" or "I hate that f*%king Feist and want to be the first to string her up." These responses seem a bit odd considering, on the whole, Feist really doesn't create either strong emotional response in me.

Instead, Leslie Feist (Feist to her record label) seems to be trapped in a world of 1970's soft rock and 2000's indie-hiptronica (I'm sorry if I just made up a genre, but how else do you describe Gonzales?)

Before we begin our journey into Feist, we should sum up her impressive pedigree. First, she's Canadian, with all that comes with being Canadian. Some of the bands she has been in or appeared with include Broken Social Scene, the Peaches, Kings of Convenience, Apostle of Hustle and the aforementioned Gonzales. So, she seems to have her hand in every pot, as it were. With such a background in the Canadian indie scene, Feist would appear to be ready to become the new indie "it girl", joining darlings like Neko Case and Jenny Lewis. However, the friends you keep does not a career make. The proof, for Feist, needs to be in the musical pudding of her second album (first with a major label), Let It Die.

Of course, this banter about Feist and her comings-and-goings is all for naught if Feist's album is shite, for which I can report it's not—well, not entirely. To start on a positive note, when Let It Die is good, it's really good. "Mushaboom," the first single from Let It Die is truly brilliant. This is the sort of music one might expect hobbits to listen to, with a sort of electrofolk feel to the whole thing. Ideally, you should be picnicking in France when you listen to this song, because it feels like warm June sunshine. This is the type of song that if you dislike it, you probably have no soul. It's a mixture of gentle guitar strummings, pleasing horn arrangements and handclaps. And, of course, Gonzales (see below), whispering "mushaboom mushaboom" during the chorus. A fun time for all!

Unfortunately, it's a steep curve downward from "Mushaboom" to the rest of Let It Die. "When I Was a Young Girl" has sort of a coffeeshop open-mic appeal to it with the bongos and emotional outpouring. The opening track, "Gatekeeper," is nicely stripped down with sparse guitars and vocals. It's an odd choice for the opening track as it resembles little else on the album, but maybe it can be considered an appetizer before the "Mushaboom" meal. "Secret Heart" has a playful feel without getting too sappy and sentimental, it almost comes across as a more modern, indie Annie Lennox.

(In a bit of a sidenote, Let It Die was produced by Feist's co-horts V V a.k.a. Renaud Letang and Gonzales and the music except for the guitars were performed by Gonzales. I mention this because the producers have influenced the sound of the album, which as a whole, is a good thing. Now, if you are unfamiliar with Chilly Gonzales, shame on you. His album Presidential Suite is quite good and quite hard to find. If you've ever laid awake at night and wondered what it would be like if Taco had a son, you should watch the video for Gonzales' "Take Me to Broadway." Yes, it is in German, as is about 75% of all information on Chilly Gonzales on the internet. I'll wait here for you.)

When Let It Die is not good, it's Charlene on a bender. A large portion of the album suffers from a severe case of Francophilia, which I suppose isn't too surprising considering Feist herself admits spending a lot of time in Paris. This love of the France is translated into a post-disco, Jamiroquai meets Air sound (i.e., 70s soft rock). "Inside and Out", "One Evening" and "Leisure Suite" are all permeated with a Burt Bacharach feel that just feels dated. "Now at Last" just sounds like a bad 70s pop ballad (think "I've Never Been to Me"). "Let It Die" and "Lonely Lonely" are a little more solid as tearjerkers but end up as fairly unmemorable (N.B. there is a lovely use of handclaps on many songs on Let It Die, including "Mushaboom" and "Lonely Lonely". Makes me wish handclaps were used more often.)

So, where does this leave this release as a whole? Uneven, that's where it is. "Mushaboom," in itself, makes the album worthy of existence, but too much of the album seems to be filler songs of half-developed ideas, which is disappointing considering the talents that took part in its birth. Let It Die is definitely a different than most albums released these day in its attempt to cover a wide variety of sonic collages. Feist derives many of its influences from 60s and 70s pop, folk, French disco and soft rock but Let It Die seems to always end up mimicking rather than improving on them.