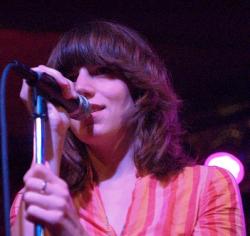 I'd never seen the Fiery Furnaces before, so I was both stupefied and thrilled by their performance Tuesday night at the Crocodile Cafe. The opening song "Philadelphia" had me envisioning sparks and flames exploding and firing to and fro in a fast-building inferno. Their electric 70s pop slash psychedelic funhouse slash Jerry Lee Lewis sound hypnotized a crowd of die-hard fans (bearing gifts) and drew them closer and closer to the stage, until dancers were constrained to only head nods and knee bends.

It was the first show I've seen where even the greatest fan couldn't sing along with Eleanor Friedberger as she ranted on at 1,000 wpm about her husband and penguin paddling — switch to pirates thieving her blueberry boat — switch to wishing she was single again because that's when her 'pockets did jingle' (my personal favorite lyric of the night). From her flawless complexion with tiny dimples to the bangover hairdo in painted-on jeans with a safety-pinned blouse, she commanded the Croc as if it were an arena. 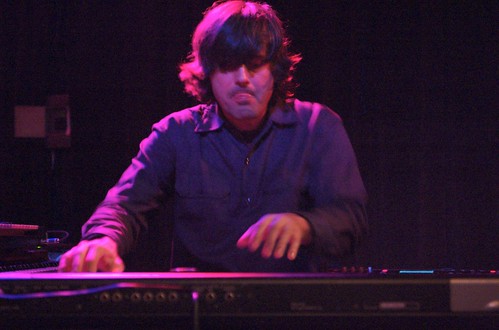 Her brother Matt had fingers possessed by Jerry Lee Lewis, moving from one keyboard to the next (there were four altogether), never missing an opportunity for grace, one hand sliding up the keys while the other (on an entirely different keyboard) delivered crazy poppy organ music. Sound tiring? He thought so! Matt stretched out on the bench after "Navy Nurse" for a breather. Still, the energy grew as the show went on and finally as it was coming to an end, he asked his sister for "just one more! just one more!" Four songs into their encore he brought out a song from their new album, Widow City.

Outside, we ran into drunk Beth, recently transplanted to Seattle. She's so new she carries a map of Seattle with her everywhere she goes. I ask her to tell me about Fiery Furnaces and she says, "let me put it to you this way… I planned my entire move around their tour date." She had seen each of their four tours (and was not the only fan at the show who hadn't missed one yet). I ask who the band could be compared to and she says "there is simply no sound like this, you'll see." Possibly her most insightful tip of the night was "you reeeaaly reeeeally have to listen for the words." 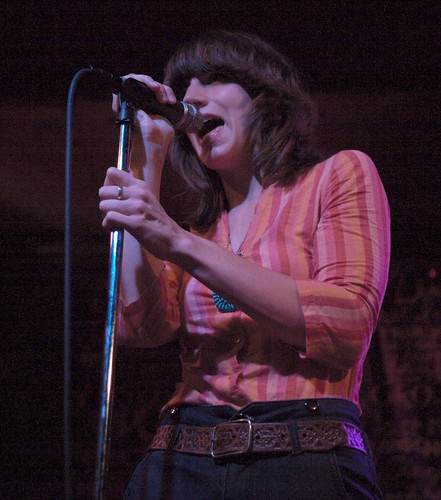 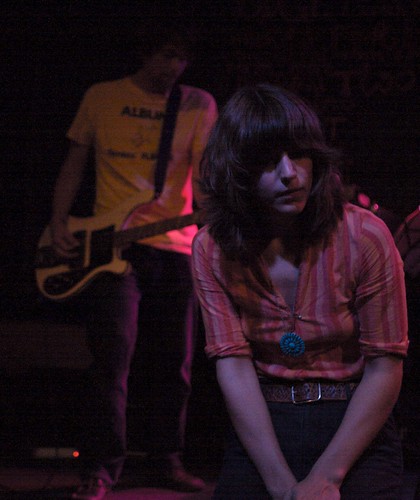 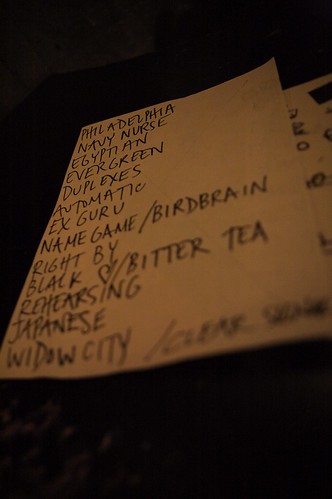