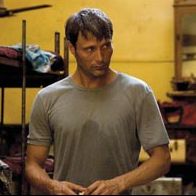 Film Review: After the Wedding

Old-school TIG readers know that I'm enamored with Danish filmmaker Susanne Bier, and have been ever since her glorious film Open Hearts enchanted the hell out of me way back in 2003. The love affair continued at SIFF 2005 with another wonderful melodrama called Brothers. And now we’re finally getting a look at her latest (and possibly last, for a while) Copenhagen-set flick, After the Wedding, which was an Oscar nominee in last year’s Best Foreign Language Film category.

A Sigur Rós tune plays over expository scenes of a Bombay orphanage run by central character Jacob (Mads Mikkelsen, ever gorgeous and more tan than I’ve ever seen him), who seems as sullen as he is devoted to the children. When his noble endeavor grows desperate for funds, he follows a vague lead to his native Denmark — for the first time in over twenty years — in pursuit of a potential donation from a wealthy benefactor named Jørgen (Swedish stage/screen icon Rolf Lassgård).

Following a very awkward pitch, the arrogant Jørgen puts off his decision a few days and surprises Jacob by inviting him to his daughter’s wedding that weekend. (Come to find out, the yum-yum who picked him up from the airport is the groom.) Jacob dresses up and goes, reluctantly, not knowing he’s walking into a bona fide shitstorm… the likes of which I never anticipated. Jacob recognizes someone he knew years ago, you see, and just when you think it’s a little too coinky-dinky for comfort you’re slapped with another massive reveal, followed by a couple of big-time twists, all of which challenge even the characters to question motives and circumstances.

I won't spill the deets, of course, and even if I did you probably wouldn't believe that such an outlandish chain of events could possibly make for one of the best films of 2007. Just know that it’s pure Bier — powerful family portrait, shattering revelations, strong characters, near-disquieting intimacy. Writer Anders Thomas Jensen (who collaborated with Bier on Open Hearts) proves again that the genre doesn’t have to fall into Lifetime-movie cliché traps, and every performance from the talented cast (Sidse Babett Knudsen and Stine Fischer Christensen also star) is positively top-notch.

Watching After the Wedding, I thought a lot about Mira Nair's The Namesake, another fine melodrama by another fine director. Both films feature expertly-plotted weddings, funerals, homecomings, and heart-wrenches… and by the third act neither ends up resembling the cinematic story you've come to expect.

Bier’s next project is an English-language film called Things We Lost in the Fire, starring Halle Berry, Benicio del Toro, and my good buddy David Duchovny. The plot outline from IMDB:

A recent widow invites her husband's troubled best friend to live with her and her two children. As he gradually turns his life around, he helps the family cope and confront their loss.

Halle or not, it sounds like Susanne Bier territory to me.