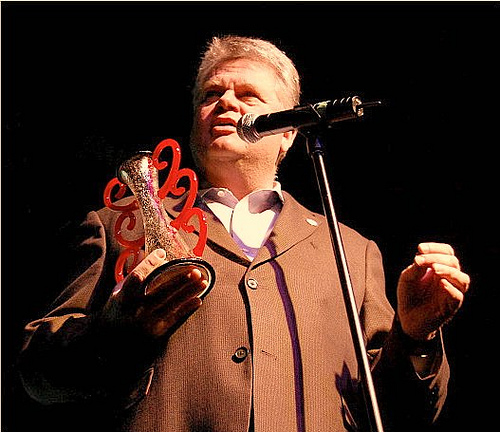 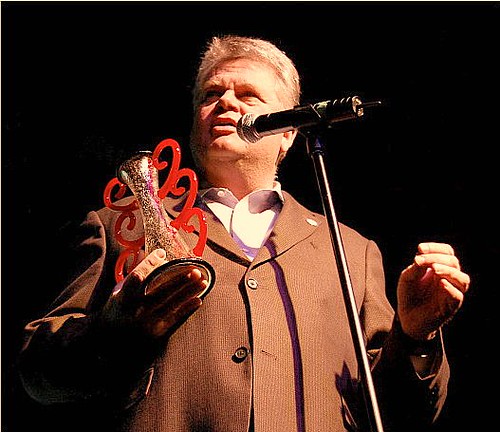 When I saw the thumbnail of this photo of outgoing Mayor Greg Nickels in the TIG Flickr pool, I thought the mayor was holding a tambourine. No, he’s presenting an award at the first Seattle City of Music Awards at the Showbox to Fleet Foxes.

I couldn’t make it to the awards show on Wednesday night and with Nickels losing his bid for a third term in the primary last month, I wondered if the next mayor will be in the same place next year handing out a similar award to another band. Nickels had a complex relationship with music and nightlife and his legacy will likely be mixed, but overall, it was mostly positive. Under Nickels’ watch the Vera Project found a permanent home at Seattle Center, the restrictive Teen Dance Ordinance was overturned (a campaign promise he kept) and the City of Music Initiative was launched. The petty campaign against the Blue Moon Tavern and the indefensible “Operation Sobering Thought” sting (a fortunate failure) both likely originated from puritanical city attorney Tom Carr’s office (who is up for reelection this fall).

Thanks for putting the photo in the TIG Flickr pool spratt504!