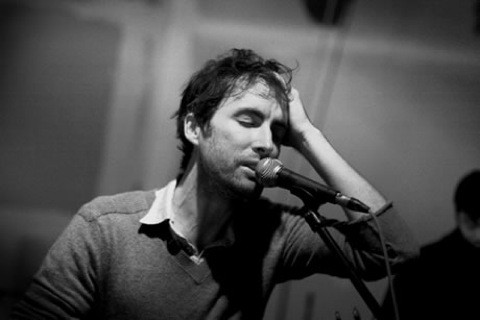 As we mentioned back in January, here in the imaginary office we are perpetually super-stoked on all things from the Andrew Bird camp, and the newest effort {Break It Yourself} is no exception. BIY was officially released earlier this month, with a single that was compelling enough to make the album well worth the asking price — in case you missed it, here's what we had to say:

"If this track [ed. note: we're referring to "Eyeoneye"] is any indication of what Break It Yourself is going to bring to us on the whole, we're ready to put this as a frontrunner for one of 2012's top five albums without a single look back. There's a wide spectrum of recognizeable influence here while remaining decidedly Andrew Bird, which is to be expected — he's one of those artists that continues to evolve with the world around him and change dramatically without departing too far from his baseline. And that said, there's a whole new freshly familiar vibe to the music: still laden with whistle-overs, graced with more than a hint of Phil Spector wall-of-sound-ery, and sliced through to the skeleton with a half-dozen emergent indie sounds of, well, right-fucking-now-ness."

And per the title of this post, you guessed it: Andrew Bird is coming to town on Monday, April 9th, and we're giving away a pair of tickets to this show. But you might actually be better off buying them, even if you win with us. Seriously. Check it out: your advance ticket price {$27.50 – $37.50, depending on where you sit} not only includes access to the show at the Paramount, it also gets you digital delivery of Break It Yourself, along with five-song live EP recorded on Andrew Bird's 2011 tour called Fake Conversations, AND a five-song live EP from the current tour (which you'll receive later on this year). You can't lose on that one! But if you want to gamble on a free pair of seats, we'd love to have you: just email tig {at} three imaginary girls {dot} com with the subject line "BreakItYourself" so we know it's you, and tell us why we should pick you to go to the show. We'll take entries through 5p on Thursday, April 5th, and notify you by email that night — plenty of time to scare up a +1 to bring along to the Paramount.

Good luck, and we'll see you there!