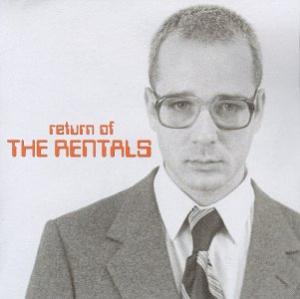 "Friends of P" by the Rentals

So, really, what was the deal with the Rentals? Yes, there were a Weezer spinoff – the Laverne & Shirley to Weezer’s Happy Days – but I never really have understood their career path. Made up of parts of Weezer (well, Matt Sharp) and pieces of That Dog (well, mostly the Haden sisters), they were sort of a nerdy supergroup. Their first album, The Return of the Rentals, is supposed to be a concept album where the Rentals were a long lost band from the 1980’s that makes its triumphant return. I personally loved the album. “Friends of P” was a minor hit and the album sold surprisingly well. “Friends of P” is one of those songs that when it comes up on my iPod as it did today, I actually let it play through, ideally with the volume cranked up all the way to really get the most out of the thundering bassline that drives the song along. It might be one of the catchiest songs of the whole mid-1990’s, a classic pop song in its own right. So, where did the Rentals go wrong? Their follow up more or less sucked except for the one song penned by Rivers Cuomo, then Matt Sharp left Weezer and now we hear, almost 10 years down the road, that the Rentals did really return with a little heard EP. I’m not sure if Matt Sharp really wanted the Rentals to follow the path that the first album was supposed to be following when they released their faux return, but funny how fake history can sometimes repeat itself.