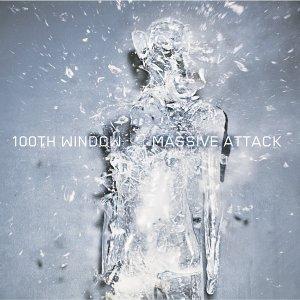 I think I had some grand entry to fill in here about the lack of permanence and the mutability of memory, but really, I haven't had my coffee yet, so it would be pretty hard to sound profound and intelligent without sufficient caffiene. I find it a little funny that New Year's has become such a big deal considering how arbitrary the event is – I mean, technically, we're finishing a complete circuit around the sun everyday depending on when you choose to start the clock. However, Gregory XIII didn't like to see it that way, so here we are, celebrating New Year's like it is truly a significant, natural event, albeit an event that seems to involve a lot of champagne and confetti (and the requisite Twilight Zone marathon).

Anyway, today's spin is Massive Attack's "Future Proof," an oddly fitting song for New Year's Eve. The song itself is pretty run-of-the-mill for Massive Attack, kind of park, kind of rumbling, kind of sinister. "Future Proof" feels like it has a Depeche Mode-circa-Violator vibe to it, with the almost subliminal synthesizer line that drifts along in the background, but even a mediocre Massive Attack song is better than a lot of the tripe that gets released these days. I'm not sure what sort of a future the song promises us, but it has such a mix of light & dark that you can't really get a grasp if we're expecting u- or distopia.