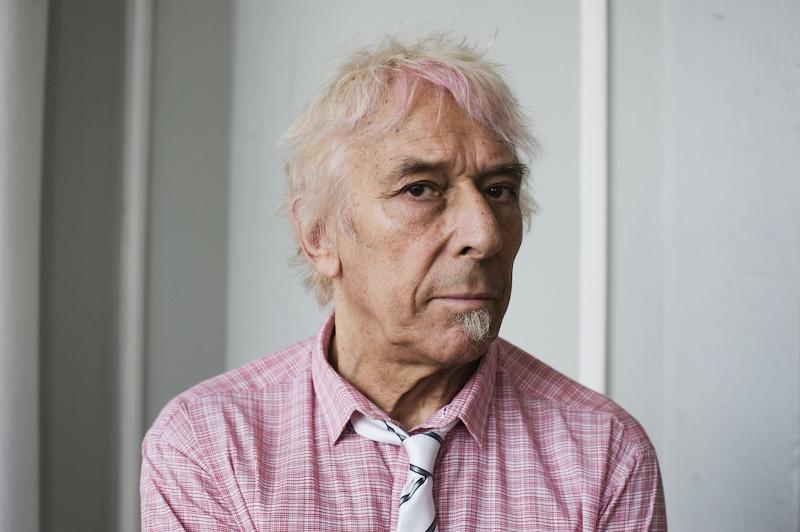 FYI: What I'd love for you to know about John Cale and Graham Parker

{John Cale is playing the Showbox at the Market on Thursday, December 6, 2012, with Cass McCombs. Graham Parker is starring in the upcoming Judd Apatow film "This Is 40" due out on December 21, 2012.}

So there are these older white male dudes named John Cale and Graham Parker. Although one pretty much single-handedly co-created punk, alternative, and avant-classical rock — the former as bass, viola, piano player and a vocalist for the Velvet Underground — his solo work is not that much more popular than UK singer-songwriter Graham Parker. They don't have a whole lot else in common, other than if you meet a geezer like me who loves one, he possibly digs the other. Though Cale is a supremely talented multi-instrumentalist and conceptual sound creator, he is also a punchy, mindfully macho (think Norman Mailer) rocker not unlike Parker. They have different vocal styles — Cale has a wonderfully almost-deep baritone bark, whilst Parker has a spitting, grizzled snarl — but if you catch either live, they will kick your ass. I'm serious, beyond all the other facts and descriptions about their work, I have seen them both many times live and they have never disappointed. That is, if you like your rock smart, a bit violent, and seductive like that handsome dude in the bar with that scar above his eye in the shape of a prison shiv. They give you hooks and song value, but rile you up a bit, the way Gene Vincent intended rock and roll to do.

Cale was a Welsh boy raised on opiates (for an illness) and released the first VU song, "Loop," as a giveaway with Aspen Magazine. He was so tied into the music, literary, and art scenes of early 60s New York that that in itself would have made him super-cool. But then he created the music for which Lou Reed would sing and play guitar to his songs; the sound of all punk/alternative could be send to go back to Cale. Whew! That's a CV. But then he recorded a bunch of really cool quasi-classical and avant-folk albums that still make record store nerds and the most creative kids in bands swoon to this day.

That's not why I'm into him. I love the VU stuff (of course), but I came on board in the late 70s/early 80s, when he released a live album called Sabotage, which I could argue invented grunge. It was at the tail end of his coke-fueled solo album frenzy, smeared all over with intestine-ripping bass and shrapnel guitar; it was about war, and faithlessness, and the insincerity of lovers dooming us all for centuries. It was punk in the only way seven minute songs about attacking the Kremlin could be. Then I picked up his next solo album, Honi Soit, which like David Bowie's Scary Monsters And Super Creeps, released around the same time,  was big-sounding, bad-ass, scorching-or-melancholy full metal rock and noise. From there I went back to his solo LPs on Island, including Slow Dazzle, and all of them featured the archetype of the Moody Doomed Song Prophet. What if Frank Sinatra drank gasoline and spat torch songs? What if Leonard Cohen rocked his poetic ass off? (If you liked the title track of Cohen's The Future, you'll love this period of Cale — and oh yeah, remember that Cale was the one to put "Hallelujah" back out there for people to cover, before Jeff Buckley did.) I would highly recommend a double-CD compilation called The Island Years to hear how tough Cale can rip it live. The new stuff is very experimental and fun, but I don't find myself returning to it as much as his 1971-1981 years.

Parker worked at a gas station in England before people started gobbing at shows, and is in what is sometimes called the Angry Young Man genre of early new wave era singer-songwriters. He met Dave Robinson at legendary/notorious Stiff Records and they put together a band that reflected his rockabilly and soul fetish, infusing it with Highway 61 Revisited-era Dylanesque Fingerpointer Rock inelegance. Parker got compared to Costello, which was a burn because Parker got his shit together in the new wave before Costello did (though Costello was playing in pubs too). But even though most people who like one like the other (and Joe Jackson, of course), there are some important differences. These bitter, railing working class nerds all sound the same to my wife, but Parker is probably the most genuinely soulful, his craft based more in immediately emotional rock connection than sentimental genre-hopping or convoluted lyrics. Everyone who loves fresh-sounding, power pop-infused, quite literate and meaningful (but not pretentious) rock should have Squeezing Out Sparks in their collection. It was his fifth album, and even some of the toughest punks I know give it props. My first was Stick To Me, a cassette my oldest brother gave to me because he didn't want it (I inherited The Runaways and Transformer and Changesonebowie that way too, in 1978 — thank God Rolling Stone kept "burning" my siblings on new rock, I was a lucky inheritor).

I don't listen to the new stuff, but fans tell me it's great. I'll have to catch up; I'm sure he'll come through live soon to do that, as he digs Seattle and all. Meanwhile, I'm hoping his role in the new Judd Apatow film doesn't make him look too much like an "indie failure" (rumored plot-line). His ferociously passionate, wickedly funny, and absolutely sincere rock music has often been the very last LPs I'd hold on to before selling to leave town. Cale's too. I own most of both's and recommend digging into these guys!

{Photo of John Cale courtesy of the artist.}