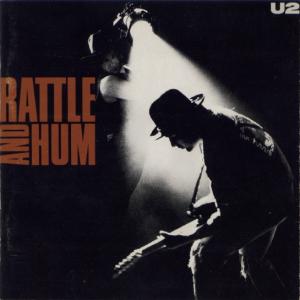 I submit to the TIG community: is "God Part II" U2 at its most self-righteous?

It's tricky as amongst modern rock bands, who can claim to be as self-righteous as U2? Not that this is necessarily a bad thing – U2 wouldn't be the band it is (was?) if they, and specifically Bono, wasn't so full of sense of their internal moral compass.

"God Part II" is lodged towards the end of Rattle & Hum, the relatively mixed-bag of an album, but the litany of things that Bono doesn't believe in (devil, his book, excess, etc.) and things he believes in (love), and of course there is a lot of use of contradiction in the song ("I don't believe in riches/but you should see where I live?").

Before they recorded this, I don't think U2 had ever had so much swagger as it had on "God Part II." In fact, I would argue that this song is the missing link between The Joshua Tree and Achtung Baby, a proto "Fly" it you will. Sure, they said they had to go away "and dream it up all over again" at the end of Rattle & Hum, but they knew where they were going all along, deciding to ditch that sincere self-righteousness for an ironic self-righteousness that propelled them into the 90's, even before we knew that irony was going to be the buzzword of the decade.

Makes me wonder if Bono isn't really from the future and just came back to be a star – he knows which way the wind blows before it knows. Now, that is a creepy proposition.