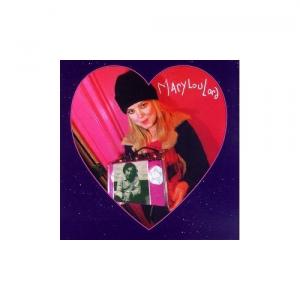 So today's iPod Roulette spin will be a quickie as I'm about to join the 80 bajillion Californians in commuting a ridiculous distant to work (well, for me, to get some work done at Stanford University, a mere 80 miles – ah, the life of a American worker). That being said, ever have a crush on a song? Not the singer as such, but the song specifically? I totally have a crush on "His Indie World" by Boston's own former subway troubador, Mary Lou Lord. Not that she isn't cute, but really, I think it is specifically this song that I have the crush on. I don't think I really like a single other Mary Lou Lord song but every time I hear "His Indie World" my heart melts and I want to alternately float off on a cloud of cuteness as if being carried off by a parade of kittens or weep uncontrollably. The song is so sweet sounding, but really kind of bitter about her indie rock boyfriend. What's that line from That Dog? By definition a crush must hurt? Well, yeah, Mary Lou Lord gives me a bit of a twinge too, I think merely because it represents a bygone era for me in a bygone city when all I wanted was to date a musician and talk rock and roll. Man, I'd get back with "His Indie World" if given the chance, she's so cool.