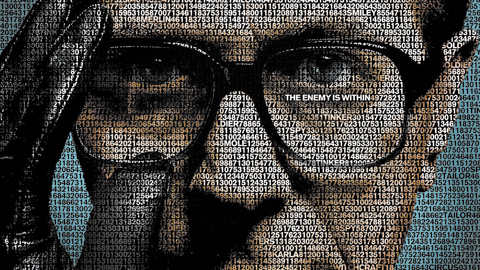 Note: SIFF has announced that they SOLD OUT of the initial tix in a few hours, but they have released a small number of additional seats. VIP tickets to the dinner, however, are still available.

I, along with several friends, are VERY excited about the release of spy-thriller Tinker, Tailor, Soldier, Spy – and now SIFF has given us one more reason to get excited: GARY FREAKING OLDMAN IS COMING TO SEATTLE!!!

On Sunday, 12/11, Mr. Oldman will take the stage for a Q&A session after the film. And if that weren't enough – there's a special bonus for people who are feelin' fancypants (and/or rabid Oldman fans. *hand up!*). For a mere $200, you (or me, if anyone wants to buy me a ticket! HINT HINT) can dine with Gary in Volterra's Drawing Room on a sumptious feast prepared by their award-winning Chef, Don Curtiss. That ticket also gets you the VIP treatment, with reserved seating for the film and Q&A.

An Evening with Gary Oldman
Sunday, December 11 @5:30pm
SIFF Cinema at the Uptown
Tickets: $25 each, $20 for SIFF Members