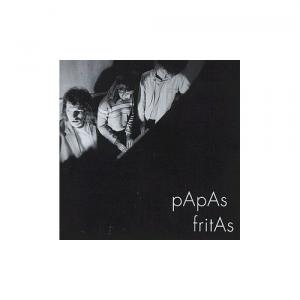 I got to see Papas Fritas once, in Boston – in fact it was downstairs at the Middle East, and it was one of the best shows I’ve attended. Why? Well, they didn’t play too loud, the crowd was well-behaved and into the band and well, Papas Fritas is incredibly great. Well, I suppose the correct verb is “was”, but that’s beside the point. When Papas Fritas were going strong (well, mostly in Boston I suppose), I was convinced they could be huge, bigger than most of the apostles, but that never came to be even when “Hey Hey You Say” became a minor hit in Boston during the summer of 1997.

“Holiday” is from Papas Fritas self-titled debut album, one of the most delightful little albums you’ll ever hear. They nailed the 60’s/70’s pop perfectly without sounding campy or rehashed. “Holiday” itself is full of layered harmonies, Shivika’s drums are shimmering and well, what can we say about Tony Goddess and Keith Gendel that would do them justice? If there has been a trio that meshed as well as Papas Fritas in the modern rock pantheon short of Yo La Tengo, I’d be hard pressed to think of them. To me, there might not be a better summer band than Papas Fritas because all their songs are so light and airy (this is meant as a compliment) and they really know how to write a melody that seems both timeless and brand new. If there was justice in this world, Papas Fritas would be rock stars, but I’m sure they’re happy just living by the water these days.