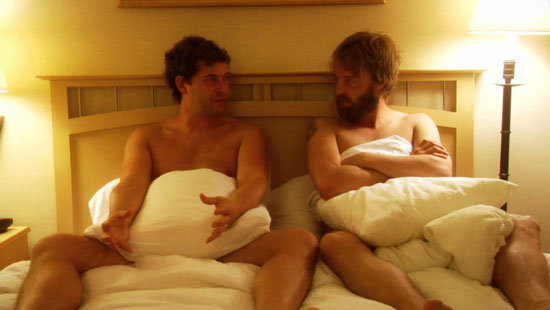 This morning the Seattle International Film Festival unveiled the NW Connections series of films playing this year's festival. The Centerpiece Gala will be Humpday, the new film from director Lynn Shelton, that was the talk of Sundance and SXSW earlier in the year.

In addition to Humpday, SIFF will present the celebrated Sundance hit and hometown production, The Immaculate Conception of Little Dizzle, directed by David Russo. Other highlights in the Northwest Connections program include the filmed-in-Wallingford feature World's Greatest Dad, starring Robin Williams and directed by Bobcat Goldthwait, and Sandy Cioffi's much-anticipated documentary, Sweet Crude.

There are 15 feature films and 13 short films with northwest ties playing SIFF this year. The list of shorts are:

For more info on SIFF, visit their website and check back here periodically. I'm very excited for this year's festival, so I'll be sharing as much info as I can, as soon as I learn it.