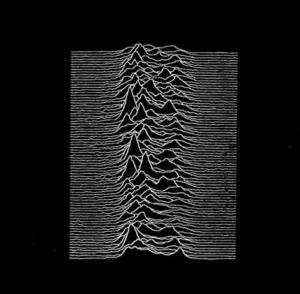 "I Remember Nothing" by Joy Division

The whole concept of roulette, well, at least the Russian kind, is that one of the possible results is death. Chris Walken found out in a "spurting blood" sort of way in The Deer Hunter. And nothing really speaks of death to me like Joy Division does – maybe not in the same graphic Vietnamese Roulette Club way, but it is pretty close.

I have to admit, I haven't spent nearly enough time trying to fully absorb the music of Joy Division and a lot of the time, I discover another song by the band that I love merely based on it coming up on my iPod – which, I suppose, is a shame because Joy Division is a band that existed during a time when albums still mattered. "I Remember Nothing" is clearly not an uplifting song, from Unknown Pleasures, but dang if it isn't a heavy hitter. How many bands do you hear in Joy Division – or, more correctly, how many bands have subsumed the sound of Joy Division into their own?

I suppose the answer might be "too many" but what other band has had so much quality production in the span of only a few albums? If only Stroszek by Werner Herzog wasn't on TV on May 17th we wouldn't be looking at Joy Division like the British version of Nirvana. (In a side note, the cover of Unknown Pleasures is one of my all-time favorite album covers. It is just so bleak and understated but brilliant. Anybody have some album cover favorites they want to share?)