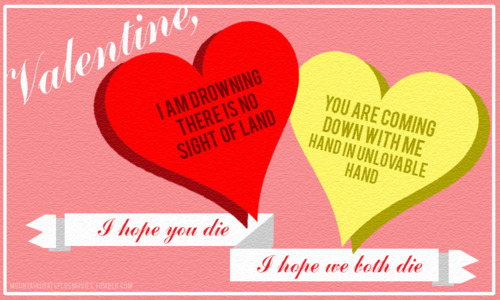 Aw, how romantic. Send some heartwarming messages to your valentine via The Mountain Goats + Movies Tumblr.

Portlandia (yay!) nails how imaginary moms would approach the problem of insufficient indie-rock in preschools.

Drunk(ish) comic book history: aka John Landis's son, Max, schools us on The Death and Rebirth of Superman (with the help of his celebrity friends)

A lesson in freaking people out: Construct remote-controlled planes that look like flying people and fly them over NYC.

PhyloPic: More animal clip art than you can shake a giraffe at.

Anything we missed that belongs on this imaginary list?