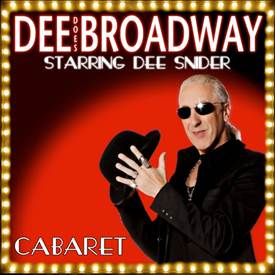 Apparently Dee Snider IS going to take it! (to Broadway). This is NOT photoshopped, I swear.

The secret to eating delish on the cheap: A list of the Top Ten tastiest Ramen Noodles.

Holy archive, Batman. An online archive with over 800 hours of field recordings (from 1946-1991), 5,000 photos, 16 hours of vintage radio transcriptions, and 90 hours of interviews, discussions, and lectures.

Re-Animator for bunnies, squirrels, and birds? CONVENTO is coming soon!

TRON dance party! (Hang in there, the real action starts around the 1-minute mark)