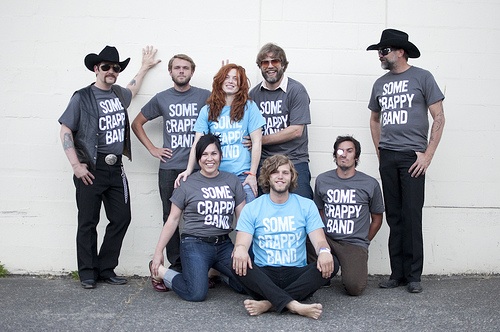 It’s safe to say here at Three Imaginary Girls that we go to a lot of shows. Sometimes, two (or three) in one night, if there’s more than one must-see happening going on about town. And so it’s no surprise that in 2010 alone, just on my own, I managed to go to shoot at least two shows a week on average, attended another two dozen-ish (or so) sans camera, plus several festivals, house parties and a handful of KEXP in-studios. We’re talking everything from nights at the Sunset and Neumos to four days in Portland for MFNW, out locally for long weekends at Bumbershoot and Sasquatch, and down to SXSW and back again.

On any given night there are plenty of shows taking place, in rooms across Seattle and across the country, where boys and girls and instruments and fans all convene inside four walls to make, appreciate, and experience live music — but not all of them are Shows. When I reference shows in this post, I’m talking about the nights that we collectively See A Show, the nights that remind me us why we live in Seattle in the first place. Seeing A Show has the ability to alter the fabric of our respective existence, to leave us forever changed — full of those everything-I’ve-ever-done-led-to-this-exact-right-now kinds of moments.

With a history timeline at the ready via flickr sets and hastily scrawled notes from stage right, I give you some of my greatest moments of 2010 as an appendix to the ever-popular top albums of the year lists that have been popping up all over our radars. 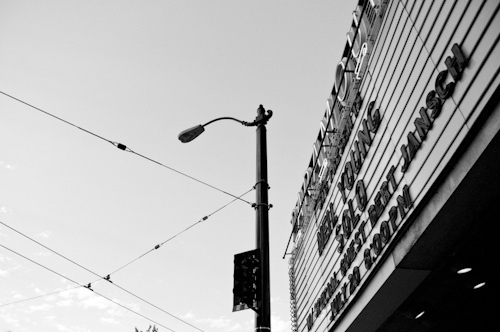 This might be construed as an easy out for a list-topper, but it was by far the most stupidly amazing few hours I spent in a venue all year. Not only was I among the lucky few that got to hang and shoot from the soundboard, but I also had the privilege of being allowed to watch the set after shooting (sans camera gear) from the third-level mezzanine. It may as well have been a live reel of Young in his prime, for how good he sounded — without a doubt one of the top ten shows of my life, probably in the history of Ever. 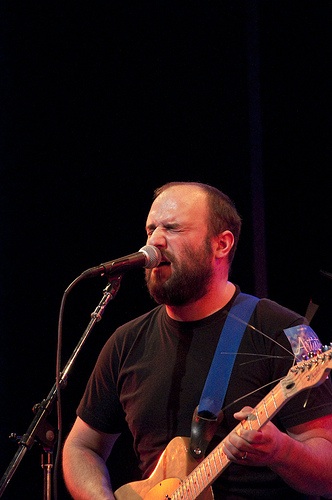 Tied for Runner Uppers:
Everything I saw David Bazan (+ Band) play, every Head and the Heart performance, and the nights that Nathaniel Rateliff, Shearwater, and John Roderick / the Long Winters had headlining spots at the Triple Door.

See also: times I was practically in tears in front of a stage in 2010. David Bazan put on an amazing solo set at an installment of the City Arts Song Show at the Triple Door, and a Pedro the Lion-worthy performance at the Doug Fir as part of this year’s MFNW weekend down in Portland — but the hands-down winner show was the set at KEXP’s Bumbershoot lounge. As a long-time fan, I spent the entirety of that show squee-ing on the inside like a teenage fangirl, clutching the hand of the friend sitting next to me, so totally full-hearted and thoroughly impressed.

The same goes for The Head and the Heart’s shows at Sonic Boom, the Comet, Columbia City Theater, and in the opening spot for Vampire Weekend at the Paramount — as we’ve said here so many times before, THATH is the most consistently amazing ‘new’ band we’ve seen this year. Every performance was (and is) delivered with all the soul they’ve got to bring to the table at any given moment, and we look forward to absorbing more of what they’ve got in the coming year. 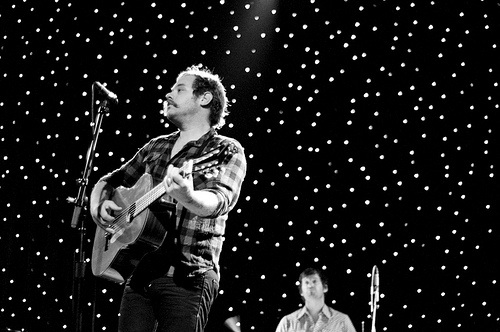 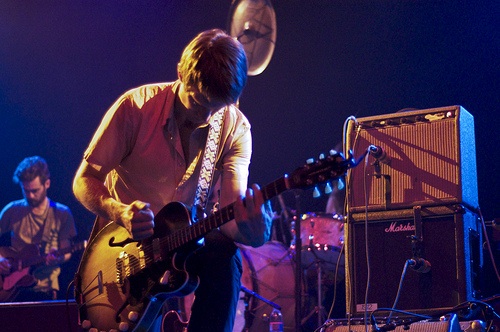 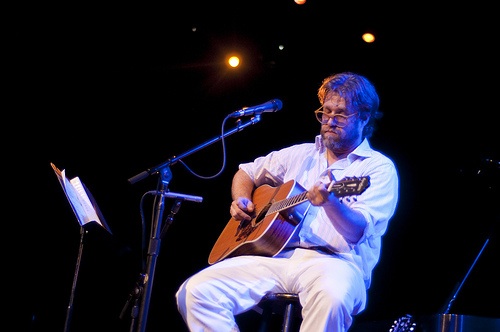 Rounding out the runner-uppers are some of the best sets of the year that all just happen to have taken place at the Triple Door, our favorite dinner-and-a-show sit-down venue in the city. From those comfy, spring-y front-row seats came moments we couldn’t have ever imagined for ourselves in our wildest Rock Band dreams: the emotional open-heart surgery of Nathaniel Rateliff, being an arm’s length away from Shearwater on the tour they did with Wye Oak and Hospital Ships, and the first of three planned summertime shows by the Long Winters. Our hearts will truly never be the same. 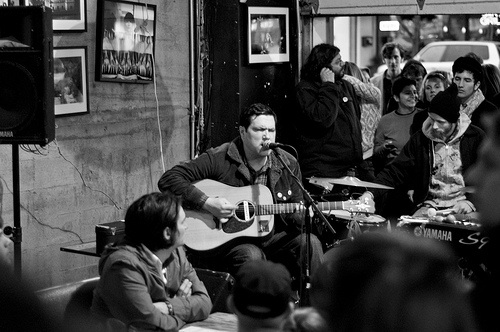 There’s only one word for this: Killer. The only reason this set is in second place and not tied for first runner-up with the rest of the performances above is simply because it technically wasn’t a ‘show’ per se, but it was hands-down one of the greatest sets of music I  had the privilege of witnessing all year. If you haven’t picked up a shiny-fresh copy of Saint Bartlett yet — you’re missing out. (Go vinyl if you have the means, ps.)

Honorable Mention:
The Old 97s soundcheck at the Showbox.

Not to say that the show itself wasn’t a slice of 97s-stylee magic, because it was — but to (a) respond to an ask for requests by calling out your namesake song at a soundcheck and (b) to have it played back immediately, enthusiastically, and in-front-of-you-and-twelve-people-y is enough to make anyone’s inner teenager swoon. 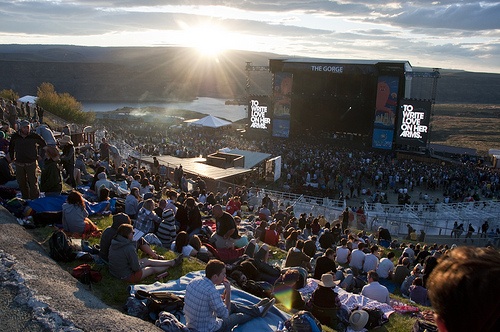 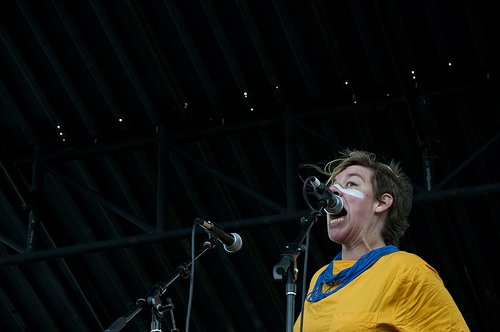 Sasquatch was the win of the year, hands-down. The weather (mostly) held out, we had three straight days of Seattle concert photographer bootcamp out in one of the most gorgeous venue settings in the state, and the lineup was tremendous: specifically, sets from Tune-Yards, The Middle East, and the Long Winters kicked our respective asses. Not that Pavement didn’t do the trick or anything, and believe me, watching tens of thousands of people dance to LCD Soundsystem was no slouch of an experience — but getting to see the Long Winters do an absolutely fucking flawless cover of “Touch of Grey” by the Grateful Dead may have been one of The Greatest Set Moments Of The Year. No joke.

Coming in at a close second was a long weekend in Portland for Music Fest NorthWest, as the lot of us ran all over the city to catch performances by everyone from the Head and the Heart to the Decemberists to Okkervil River and back again. Merge that with KEXP’s killer sessions at the Doug Fir, David Bazan’s aforementioned show, and rad hangs with fellow imaginary Bobby McHugh — and you’ve got a recipe for awesome.

Everything else that’s fit to print type:

*I made the greatest breakup mix ever. (Seriously.)
*Pavement. Paramount. Photo pit. There are no words.
*Seattle Show Posters got together with the likes of Rachel Flotard, John Roderick, the Head and the Heart, and Imaginary Liz and I (amongst other seriously talented folk) and did a sweet-ass photo shoot to promote their presence at this year’s Flatstock at Bumbershoot. It was postively swoonworthy.
*The EMP put on some spectacular exhibits, including Taking Aim with Graham Nash and an entire massive plot of floorspace dedicated to the Supremes’ wardrobe collection.
*I got turned on to Daytrotter. Holy heaven in a batch of downloads!
*American Standard Time (Greg Vandy’s blog) was birthed.
*Columbia City Theater was revamped, reopened, and became one of our hands-down favorite places to see shows in the city. Overnight.
*Imaginary photogress extraordinaire Laura Musselman exposed me to the website where you can have Eef Barzelay (of Clem Snide fame) record any three of his songs that you want for a mere twenty dollars. (Yes, really.)
*“Cancer: The Musical” happened. And brought the house down, quite literally.

And last, but certainly not least: people rode the lightrail… 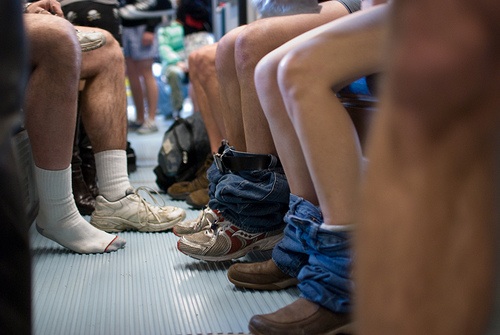 Thanks for a stellar 2010, and here’s looking ahead to an exciting, swoonworthy, teenage-feelin’ appropriately-pantsless 2011! We can’t hardly wait to see what’s in store.