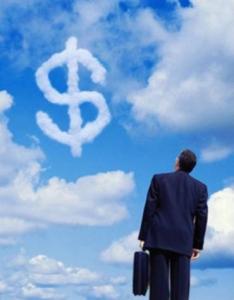 All this talk of selling out your music to advertisers got me thinking. Maybe I'm wrong about all of it. Maybe this is the wave of the future, and I should really be trying to get in on the ground floor. Maybe I shouldn't be trying to stop all this selling out, but trying to help it! This is America, where money can buy anyone and anything! If not, then the terrorists have won!

So on that note, I have decided to find an ad campaign for the next 5 songs that come up on my iPod. Enjoy!

1. "I am a Cinematographer" by Palace – Well, this is a gimme, isn't it? Who but Blockbuster wouldn't love to advertise there wares with such a movie-centric song. Think about seeing people floating in and out a Blockbuster in the ad with Will Oldham's voice drifting in the background. A close second: Any new Sony DVD video camera.

2. "Airbus Reconstruction" by Portishead – Hmmm, well, the obvious choice would be some sort of ad campaign for the new mega Air-whale, the Airbus A380, but really, does an airplane company want to use a song with "reconstuction" in the title? Sounds too much like a post-mortem. So, instead, lets go with a classy ad about jeans or maybe just some schlock telling us its time to think about lightbulbs in a whole new way.

3. "Passover" by Joy Division – Kosher foods! Just kidding. I think this would be a perfect song for a Scion commercial, just to show how gritty and punk a car company they can be, even if they really just a shell company for Toyota.

4. "Here Comes the Phantom" by the Clientele – This is TOTALLY a software ad, showing us how simple our life would be if we let Windows run our toasters or how an internet-enabled iBlender would be the perfect addition to our lives. It would also work to for HP to tell us that their new printer is great even if it uses solid gold ink that costs $200 for each cartridge.

5. "Parade" by Pretty Girls Make Graves – This song should be for some sort of product that is empowering, something like Zoloft or one of those anxiety drugs. In a sense, the lyrical content might be too political – all this labor unrest talk and all – maybe we can just loop the music and avoid the whole liberal bent. This might also work for some great new sneaker for normal people who want to run 100 miles a day.