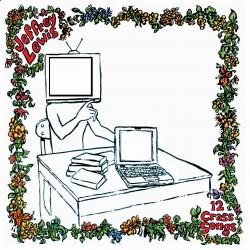 the sleepwalker January 23, 2008 no Comments

I am sure that many a doctoral thesis has examined the tendency of those fighting for socioeconomic equality to emerge from positions of privilege. Perhaps those texts may provide us some insight into why a scrappy bunch of idealist anarchists have left their mark on those of us who have never even seen a squat, let alone lived in one.

I spent much of my 20th year transitioning toward a listening diet consisting solely of late '70s/early '80s sociopolitical punk/hardcore. The Zero Boys, Fear, Minor Threat, The Dead Kennedys, and of course, Crass. The music was all badly recorded and badly performed, but it was easy to ignore the tape hiss, missed beats, off-key vocals, and, often, less-than-subtle lyrics. The greats of the genre spewed anger, aggression, hostility, and rawness. In those days, I was sure that listening to the right bands absolved the guilt of participating in a wasteful, selfish, and slovenly society.

Ten years later, I look back at my "punk" days fondly and even occasionally stick the Minor Threat CD in my stereo and sing along (at half the volume I used to) to prove that I still know the words. From what I can gather, Jeffrey Lewis is a lot like me. We both still like to believe that we're not wasteful, selfish, and slovenly, but we probably are. I'm still a vegan, maybe Jeff is too.

Sometimes, the guilt is overwhelming. Jeffrey and I want to listen to Crass to atone for our lifestyle sins, but we're over 30 and the 26" waist jeans just don't fit anymore. Luckily, for both of us, he came up with a solution. He put out this album of Crass reinterpretations to hold onto the nostalgia of being idealistic and angry; to remind us that religion, economics, politics, and lack of equality hold us back every single day!

When it comes down to it, Crass wrote some nice catchy songs and Jeffrey does them well. The songs are best when he strips away the anger completely and just presents the material as matter-of-fact. The only weakness is the frequent presentation of the material, particularly vocals, in a loose rhythmic manner. The lack of precision, which is pervasive in the source material, was okay for the teetering and chaotic Crass, but not for those of us who've been around for 3+ decades. Regardless, this is a minor annoyance overcome after a few listens. At the very least, I've been humming "End Result" and "Do They Owe Us A Living?" all week long.

If you're 20 and angry, you'll hate this until you start drinking 3+ cups of tea a day. If you're 30 and tired, Jeff has come through for you.