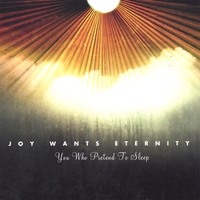 You Who Pretend to Sleep

Don’t get me wrong, I respect a lot of it, I recognize the instrumental prowess of many proponents and intricacy of the best instrumental works, and I understand the aim, more often than not. I just tend not to like it. This may stem from my subconscious belief that instrumental bands are that way for one of two reasons (sometimes related):

By now you may have used your keen sense of detection to pick up on my casual disdain for “singers” as a breed. But just like politics and Diet Pepsi, they are a necessary evil. Some of them are even pretty okay (but don’t let them know I said so). Often, I don’t care what they’re saying (which is good, given the lyrical content of the average pop/rock song), just so long as they’re saying something — preferably something catchy and/or memorable. Language is a powerful thing and the human voice is an affecting instrument… combined they tend to add significant emotional heft and value to popular music.

15 instrumentals I really, really like (or love, even), in no particular order:

A varied list, but one thing the above share is focus. They are tight; they don’t dilly dally around with meandering build ups and false stops or gently build to a massive climax. They sell their hook or create their mood quickly and effectively. In fact, I hesitated to include things like Booker T and Link Wray, as they existed in a time where songs in excess of 3 or 3 ½ minutes were almost unthinkable in the rock/pop genre, which would have tended to force an artist to say what they had to say in a much more concise (and IMO, enjoyable ) manner. This brings me to the point where a good deal of instrumental music wanders off the path for me, and, unfortunately, most instrumental bands head down the fork in the road opposite mine (mine being the one which I like to call “the right way”). It seems to me most instrumental bands like to replace their singer with more music, not concurrently, but consecutively, that is to say they stretch things out and then tend to go on and on, building on and changing dynamics, which is a pretty effective (and easy) trick to pull off, but one that’s difficult to pull off well. Godspeed! do it very well (and I actually dig them quite a bit), but many of the associated side projects seem to miss the mark a bit. Locally we’ve got Kinski, who’ve mastered the form to great effect (though they throw the occasional lyric in, and rumor has it they’ll doing a bit more of that on their forthcoming new album), but more often than not I find this type of instrumental post-rock band bo-ring.

You may have guessed by now that Joy Wants Eternity is an instrumental project. Well, you guessed right. What you might not have guessed is that their new album, You Who Pretend to Sleep, is one that while taking the “wrong” way, manages to do a whole lotta stuff way right.

Right out of the gate, “Existences Rust” is filled with aggressive energy. There's no slow build here: no verses, no choruses, just a surge of noise. “Above the Clouds Lies Eternal Sun” takes a more typical soft to loud path, but keeps it under four minutes, passing by before it’s worn out it’s welcome, delicate guitar/Rhodes passages punctuated by percussive bursts that give the song added power without disturbing the entrancing spell created by the quieter parts.

“From Embrace to Embrace” stretches out a bit, mixing early passages of layered melody that build to a chaotically restrained noisy guitar lead, which recedes back as the song reaches its dénouement. Tremulous feedback and reverbed clicks on the pick-ups create an otherworldly bed for a mournful Fender Rhodes (does anything do “mournful” as well as a Rhodes?) progression as “Death is a Door that Opens,” um, opens. A siren-like guitar wails softly in the background as the song expands without ever building to a climax. It goes against everything I look for in a rock song (as discussed in some detail above), but is probably the most effective piece on the album, as it manages to set a unique but familiar mood that is genuinely affecting. The following track, “What Lies Beyond,” as the name implies, seems to be an effort to extend or supplement it’s antecedent, but lacks the depth. It’s a short one, though, so before I can get bored the album moves on.

This is probably a good place to point out the pacing of the album, which is really excellent. The best parts ebb and flow in and out, while the less interesting and dynamic bits move out the way quickly, often serving as an effective “palate cleanser” between the main courses. (Can you tell it’s lunchtime as I type this?)

“Yet Onward We March” seems by title to be the third in a trilogy with the previous two songs, but shares little musically. It’s generally a by-the-numbers soft to loud build set apart by the tremendously good guitar sound in the noisy build that the band have captured in the recording. The staccato fits and start of the percussion also help make it a little more atypical and less predictable. “Uriel” utilizes a simple but engaging guitar figure to capture my attention before quietly wandering off into a fragile decrescendo, even the drums blending quietly into the mix giving the passage more life than the “soft bits” usually have on offer. Closer “You are the Vertical, You are the Horizontal,” after a familiar-feeling opening passage, feels like a lullaby… right until the explosive end, which is more than just a “loud bit,” with two prominent guitar melodies overlapping and giving the climax an unexpected depth, all of this in just a shade over four minutes, therby avoiding that very common pitfall (as far as I’m concerned) of instrumental rock music, unnecessary length. And while I’m on that topic, four of the eight songs on the LP clock in under four minutes with the longest being a bit over six minutes, certainly lending to the aforementioned excellent pacing, a trait I find very rare in this type of album and one that I must say adds so much to the listening experience.

The last two songs, “Uriel” and “You are the Vertical, You are the Horizontal,” have similar vaguely uplifting chord changes that have a way of making the record feel triumph
ant as it comes to it’s end. It seems an apt ending to a well-crafted and well-played instrumental rock album. In their bio, the band mentions Godspeed You! Black Emperor, Explosions in the Sky, and Mogwai as “recommended if you like” touchstones, and I would certainly second that claim, but I would also advise record buyers not to be scared off by those comparisons if they don’t typically “like” those bands. Joy Wants Eternity has done something similar in quality to them (even occasionaly exceeding their high self-set standard), but unique in its focus and clarity, and more immediate and accessible (at least to vocal-needing cretins like myself) for it.