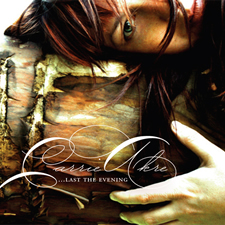 There really is no obvious reason Carrie Akre needs to put out another record at this stage in her long and impressive career. She’s been the lead singer of three rock bands (Hammerbox, Goodness, and the Rockfords), has released two previous solo albums, with the last one, Invitation — released back in 2002 — being funded by contributions from fans, which gave her freedom from record label demands.

With …Last the Evening, she has not only found a home in local Seattle label Loveless, but he's also found her muse and put together a very strong album, one that's markedly different from Akre’s previous releases, as it's written on a piano.

The songs that work best on …Last the Evening are the ones that either use minimal production and Akre’s powerful voice or, in the case of “Breathe,” simply rock. The title track is a soulful piano ballad that progressively builds to an intense climax, with Akre’s piano driving the tempo and tension of the song. Read the lyrics from the opening verse/chorus/verse and you’ll see the thoughts of a musician wondering aloud if it's time to move on and find the next phase of her career.

"Lonely rooms, empty faces, I’ve seen them all in these saddened places and from the corner of the room I watch them all as they dance and move.

But I won’t last the evening here alone. My heart is telling me it’s time to come home.

So many nights I’ve been here singing my songs through tears and laughter and for awhile it was really good but that time has passed and I’ve understood."

“Stupid Is” (which, by the way, was recognized as “Supid Is” by CDDB when I imported the CD to my iTunes library) is a perfect example of a strong singer being able to rescue a song that tries to let the production get in the way. There’s a lot of mellotron used and on first listen it's a bit distracting, yet Akre’s voice pushes it out of the way and her harmonies and lyrics are all you really can focus on during the song.

“Breathe,” as I mentioned earlier, is the most rocking song on the album. Akre sings over electric guitars; her voice changes tempo and volume from verse to chorus seamlessly as she sings over the loud instrumentation. It’s a moment when you realize that she is, at heart, as much of a rock star as she is a singer/songwriter. The lyrics are not sentimental but understanding (“hey little girl, are you crying because you’ve been broken down? We’ll you’re not the one to blame for all the motherfuckers hanging about, but nothing’s going to change if you don’t go and figure it out”).

Not every song on this record works as well as the ones mentioned above. A couple of songs (“Trafalgar Square” and “Half Shelf Life”) use some artificial sound effects that feel misplaced and divert attention from Akre’s voice – still the most important “instrument” featured on …Last the Evening. Yet, that is largely irrelevant. Carrie Akre has been an important figure in Seattle music for at least the past 15 years and has a large group of adoring fans. This is her strongest and most consistent record. For an artist to put out a record at this stage in her career is certainly admirable; to make one as good overall as this one is nothing short of special.