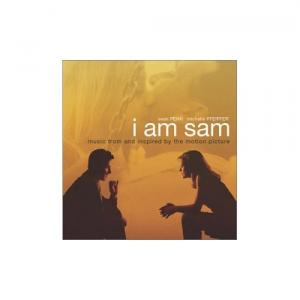 "Let It Be" by Nick Cave

Well, it has been a while since the last Roulette Spin. My iPod has seen a lot of changes considering I packed it full of video for my long flights to Europe, so the population of music has changed a bit, but hopefully that just means more fresh songs to digest.

Of course, with all that talk, I still get a song that seems to have been on my iPod since the dawn of time. Well, maybe not that long, it definitely feels like a song that has been on there a long time. Back when Sean Penn made the movie I Am Sam, they decided to fill the soundtrack with people covering Beatles songs, including the likes of Rufus Wainwright, the Vines (remember them?), Grandaddy and Paul Westerberg. They also coaxed a certain Mr. Cave in contributing and he sent in a pretty by-the-numbers version of “Let It Be”. I mean, really, who’s to blame him? The song was pretty darn good to begin with, so to suddenly dive in with massive horn sections, a euphonium and a 600 person choir might have seemed both excessive and insane, so instead Nick Cave just sticks with his own resonant voice, a piano and some simple accompaniment, much like his The Boatman’s Call album with the Bad Seeds . Even Nick’s vocals are pretty restrained compared to his usual ferocity. Good and simple, we can hear all of Paul’s lyrics about being visiting by his mother in a dream and it is all good. Sometimes just letting the song speak for itself is the best way to deal with covering a song that pretty much everyone knows.