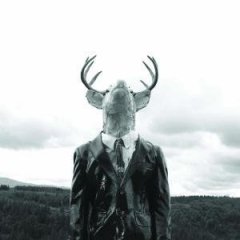 In 2003, Pacific UV released their first self-titled CD, an album mainly inspired by the shoegazing genre that was mistakenly referred to in early promotional copies as Longplay One. Founding members Clay Jordan and Howard Hudson then parted ways after a tour and the release of an EP. Several years later, Jordan migrated to Portland, Oregon from Athens, Georgia, carrying the band by himself. Harkening back to the initial copies of the first record, he has expanded upon that title, as the name of Pacific UV’s second full-length release is Longplay 2. It’s also their second release for the WARM label. The style explores more of the same territory with long tracks that expand into layered film soundtrack-appropriate soundscapes.

The songs on this album cover a range of stylistic influences. There are soft lullabies like "Tremolo," which features a sleepy melody reminiscent of something from It's a Wonderful Life by Sparklehorse, and the breathy vocals of guest singer Carolyn Berk. The album’s opening song "Alarmist” is a cinematic instrumental ballad that stretches out over eight minutes, and could fit in at the end of an epic adventure film. "If So" sounds a little bit like Slowdive with its somnambulistic drone quality and the records last track, "Ljiv" is a instrumental piece with lush piano and string arrangements that almost rocks the listener to sleep as a postscript.

Longplay 2 is a soothing, dream pop composition that works well as an album listened to in full. Complex songs morph together as the tracks unfold seamlessly into one another. The record is not particularly filled with darkness or light, rather it exists like a nebulous dream that carries with it a mysterious set of sequences upon awakening.