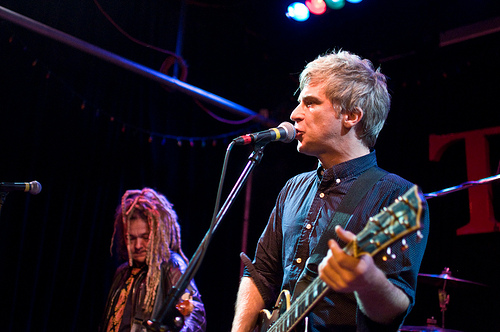 As is the case for years past, best of 2012 lists for this Imaginary Girl are rarely about standard operating procedure — ranking the best X number of albums in specific order, with exacting reason, is just not my jam. Taking the time at the end of the year to look back at how it all went down is more of an overarching retrospective for me: it's about the shows, the photos, the moments, and the tracks that made up how it all looked and felt, and how I'll remember it for years to come. Sort of like an A/V mixtape that I'll put on the shelf with this year's label on it.

With that said, here's what stood out for me for the past eleven-plus months, with 'best' being a relative term, of course:

Nada Surf at The Tractor by Victoria VanBruinisse

Best show: tie, Nada Surf at the Tractor and the first night of Jeff Mangum at the Moore

Even if either night of the Jeff Mangum show at the Moore back in April medium-sucked, it would probably go down in the year's best-ofs anyway — simply because of the fact that it's Jeff Motherfucking Mangum and Holy Shit, Dude Did A Tour That We Never Thought We'd See. But as anyone who went knows, neither night even came close to medium-suck: I did prefer night one to night two, but both performances were staggeringly impressive and downright incredible to witness. Plenty of bands put on plenty of good shows in 2012, but when I reflect on things I loved about this year, that first night absolutely takes the cake — it managed to transcend from Super Incredible Performance to bordering on Show-Related Out-Of-Body Experience.

So how could something like a Jeff Mangum show tie with a Nada Surf performance, you ask? I know. I've been asking myself the same thing and it just… does. Nada Surf graced us with a few performances this year, and it's likely that most folks went to the show at the Neptune in March — but a few hundred of us were lucky enough to get tickets for the February show at the Tractor, where the band destroyed a sold-out room with one of the tightest four-piece performances I can recall in semi-recent history. For me, it ranked up there with some of my favorite Wrens shows, and knowing my allegiance to the Wrens as you do, you know that's a pretty big statement for me to make. Perhaps it was the recent obsession I'd had with listening to "When I Was Young" and the impeccable timing of the show being a few weeks into said obsession, or maybe it was just something in the air that night — but whatever it was, the combination of all of it left a wonderful sting of a mark.

Honorable mention: Ben Gibbard with Damien Jurado at the Showbox. These two are both stellar examples of their particular bend of songwriter, obviously, and I knew the show was going to be great — but I didn't know just exactly how great it was going to be. Damien won out with a commanding, stripped-down performance over a bit of a chatty crowd (I still don't understand how people can come to a show in Seattle and Not Know Who Damien Jurado Is), and Ben delivered older selections from his catalog with such force that it had us reaching for our cocktail napkins to dab away the feelings. I also heard that the Father John Misty show at Neumos was a force to be reckoned with, but I was home sick that week and can't speak to it personally. 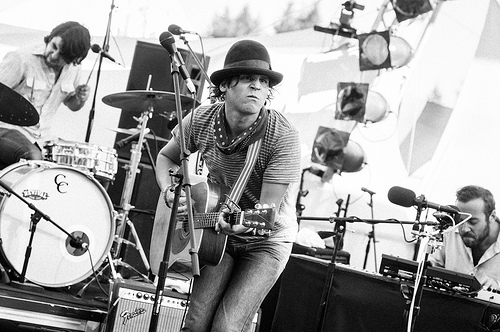 Festival season (read: almost the whole year of live-music-ing that isn't the dead of winter) in the Northwest is rarely not a grand ol' time, and this past year was no exception: Bumbershoot and Sasquatch! were both fantastic, but the fest of the year award for 2012 has got to go to Pickathon. Save for staggering (100+ degree, literally) temperatures each day, it was hands-down the most thoughtfully curated, advertisement-absent weekend spent taking in bands on multiple stages that I attended all year. There was a healthy dose of bands I knew and loved, like Langhorne Slim, the Cave Singers, Neko Case, THEESatisfaction and Thee Oh Sees; and chances to take in bands I hadn't seen live yet like the Mynabirds, the Barr Brothers, Dr. Dog and Shovels and Rope — all on the grounds of lovely, rustic Pendarvis Farm in Happy Valley, Oregon. There isn't much else to say to describe it, outside of (a) it ruled and (b) you have see it to believe it. Go next year. Period.

I feel like I'm taking the obvious route on this one, but damnit if this isn't the best start-to-finish album I've heard from the "new music" camp in a long, long time. Father John Misty exploded onto the honorary-local scene post-Fleet Foxes with an absolute gem of a record this year, with the wit, wisdom, and videos (and balls) to back it up. It's a ball of creative expression that, as a friend so wisely put it, "changed the conversation" that we're having about music these days — and as if the album as a standalone 'thing' isn't enough, don't forget about this:

There's plenty of great work out there, of course, and a whole slew of albums that tie for spot one-and-a-half on the best-of list — Damien Jurado's Maraqopa, THEESatisfaction's smart, sexy awE naturalE, Alabama Shakes' Boys & Girls, and Nada Surf's the stars are indifferent to astronomy, just to name a few. And PS, I'd be remiss not to make special mention of Lemolo, not only for the release of The Kaleidoscope (which is easily one of the most gorgeous albums of the year) but also for selling out two nights (count 'em: two!) at Columbia City Theater to celebrate.

Honorable mentions / heavy rotation singles that made it on to a bunch of mixes this year: "Feels Like We Only Go Backwards" by Tame Impala, "Heart Stops" by Anya Marina, "How They Want Me To Be" by Best Coast, "Do The Trick" by Dr. Dog, "Belly Of The Beast" by Western Medicine, "Tidal Wave" by Husky, "Slipping Away" by Barcelona.

Personal favorite photo: it's a tie between this bathroom shot of Charles Bradley at KEXP and Bryan John Appleby at Bumbershoot (who also wins Most Glorious Beard) 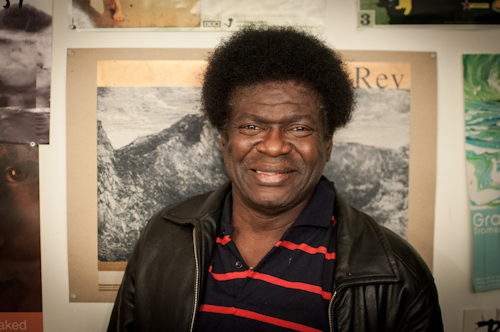 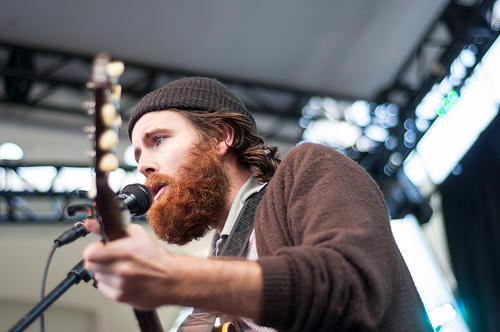 Best benefit: Dancing on the Valentine (7)

Last on the list of things that made 2012 great, but by far not least: not only did Seattle at large have a killer time helping Ms. Jenny George raise over eight thousand dollars for the Leukemia and Lymphoma Society by attending a rad night at the Crocodile for DOTV7, but we all did so with a stop by Ben Haley's photobooth — the results of which gave birth to one of my favorite things to hit the internet in all of 2012:

A blast of a benefit that does a whole lotta good and is wicked fun to attend each year? I swear, those mid-February nights just keep getting better and better.

That's a wrap for me, save for those "Oh, I forgot about ____!" moments that are sure to hit in the next few days. What were your favorite albums / songs / moments / shows of this past year? Let us know in the comments!