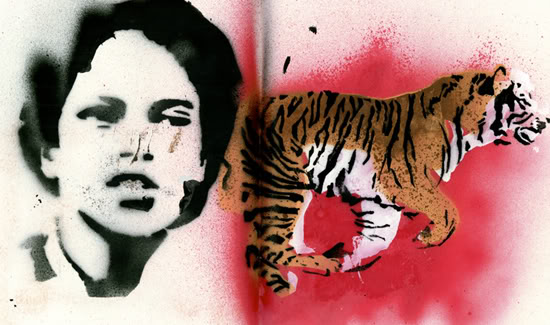 M.I.A. and the art of terrorism 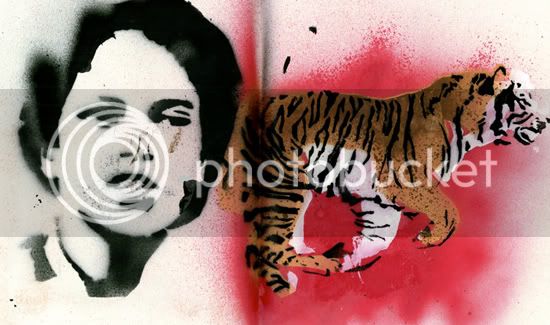 M.I.A.'s Kala was my favorite album of last year, and she's one of the few artist I've actually enjoyed watching blow up onto the mainstream; I find myself turning up the TV whenever there's a commercial for Pineapple Express.

It turns out Sri-Lankan hip-hopper DeLon seems to think she's more into "blowing up" than you think. DeLon posted a "Paper Planes" video diss via YouTube linking M.I.A.'s imagery to the terrorist group Tiger Tamils of Eelam (LTTE).

According the video, the LTTE "perfected the use of suicide bombers, invented the suicide belt, pioneered the use of women in suicide attacks, murdered some 4,000 people in the past two years alone, and assassinated two world leaders."

Sure, DeLon took the time to splice in gruesome suicide bomber clips and write a witty diss to "open" people's eyes to M.I.A., but when you break the video down, the hip-hopper really only has one talking point: she uses tigers in her imagery something the LTTE does as well.

In 2001, M.I.A. began exhibiting her spraypaint and stencil artwork inspired by the Tamil rebellion movement. It featured what else, tigers, among other Sri Lankan imagery such as palm trees, camouflage, bombs, and guns. This whole tiger-"terrorist chic" is really nothing nearly a decade old.

So is M.I.A. really supporting a terrorist organization in her artwork?

Whatever the case may be, DeLon's video has been yanked off YouTube after receiving a cease-and-desist letter from Interscope for "endangering M.I.A.'s reputation as a freedom fighter."

DeLon is now suing the label for violating his First Amendment Rights. If I learned anything in Communication Law I'd say a defamation lawsuit from her end of things would be just as appropriate; it seems like a cease-and-desist letter was reasonable enough.

If you'd like, DeLon has provided a downloadable copy of the highly graphic video here.